Store > Books > The Renaissance and the Ottoman World 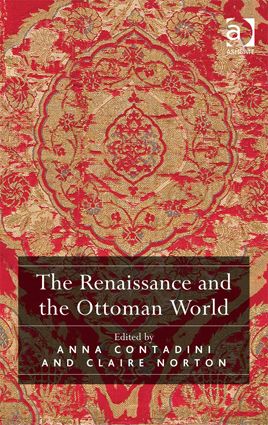 The Renaissance and the Ottoman World

Published by Ashgate
Sorry, this item is currently unavailable from Cornucopia.

The fourteen articles in this volume bring together some of the latest research on the cultural, intellectual and commercial interactions during the Renaissance between Western Europe and the Middle East, with particular reference to the Ottoman Empire. The articles contribute to an exciting cross-cultural and inter-disciplinary scholarly dialogue that explores elements of continuity and exchange between the two areas, and positions the Ottoman Empire as an integral element of the geo-political and cultural continuum within which the Renaissance evolved.

Section I Commercial, Artistic and Cultural Contexts:
Blurring the boundaries: intellectual and cultural interactions between the Eastern and Western: Christian and Muslim worlds, Claire Norton; Sharing a taste? Material culture and intellectual curiosity around the Mediterranean from the 11th to the 16th century, Anna Contadini; The Lepanto paradigm revisited: knowing the Ottomans in the 16th century, Palmira Brummett.

Section II Texts, Art and Music as Media for the Transmission of Intercultural Influences:
The role of the book in the transfer of culture between Venice and the Eastern Mediterranean, Deborah Howard; The ‘reception of the Venetian ambassadors in Damascus’: dating, meaning and attribution, Caroline Campbell; Giacomo Gastaldi’s maps of Anatolia: the evolution of a shared Venetian-Ottoman cultural space?, Sonja Brentjes; Turning a deaf ear, Owen Wright.