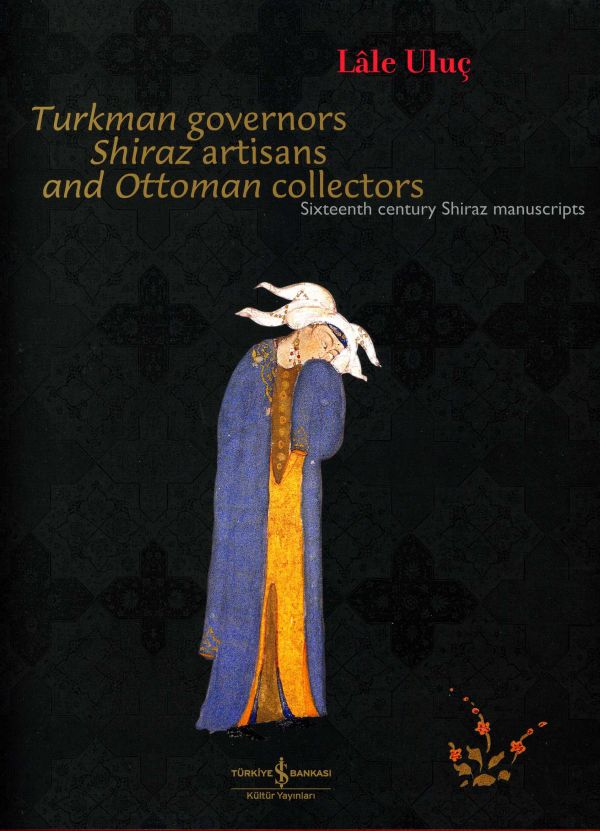 Of Paupers and Princes

This very substantial tome is filled with high-quality images drawn from manuscripts copied in Shiraz in the 16th century. Yet most of the photographs were taken in Istanbul, where the book was published. These two facts tell it all: in the 16th century the Ottomans were probably the biggest market for manuscripts produced in Shiraz. The “probably” is due to the fact that the consumption by other markets, such as Uzbek-ruled Central Asia and the Muslim states of South Asia, is not nearly so well documented. By contrast the libraries of Istanbul still hold a very large number of Shirazi-made books from this period.

Lâle Uluç has mined these reserves and come up with some fascinating results – not to mention a boldly cast framework for understanding the development of Shirazi book-painting over the course of a century and more. But even if her words were to fade completely, the book would still have its magnificent pictures. A full-page view is often accompanied by an enlarged detail to make a point, and many captions include a pithy comment explaining the picture’s inclusion.

For an art historian, these are an outstandingly useful contribution in themselves. Nothing like them has ever been published before. For the general reader, they will provide hours of wonder and mostly innocent fun.

There are plenty of princely exploits, battles scenes and enthronements. There are depictions of the love-lorn heroes of Persian romances, of the Prophet’s night journey through the heavens and of pilgrimages to the Ka’bah. There are also the less-elevated themes of baths, brothels and market life. A gypsy boy thumps a learned man on the head with his harp. Another foolish wise man leaves his shoes with a butcher’s boy as a token of his love.

Dr Uluç explains how these new genre scenes came to be included in the Shiraz repertory of subject matter through the illustration of a relatively new work in Chagatay Turkish, the Majalis al-Ushshaq, or Meetings with Lovers. This mildly scandalous book was, as the title of one of her earlier articles describes it, “written in Herat, copied in Shiraz and read in Istanbul”.

The author also addresses the issue of how the Ottomans came to import so many Shirazi manuscripts, and the effect this had on their own, rather smaller, production of illustrated books.

The illustrations are only part of the story, as Lâle Uluç also examines the many unillustrated manuscripts from 16th-century Shiraz now lodged in Istanbul libraries. She gives special attention to Korans, which, as the century progressed, were produced with increasingly elaborate illumination. Some, indeed, are the most lavishly decorated Koran manuscripts ever produced in Iran, with rich patterns filling the margins on every page. Her coverage of the illumination in these and other manuscripts is exemplary, as she gives enough illustrations to enable us understand a subject we have no adequate language to discuss in the same terms as figurative painting.

Indeed, Lâle Uluç sees her Shirazi manuscripts as Gesamtkunstwerke, total works of art, examining every aspect of their production. This may seem a logical approach, but it has been taken only too rarely. It gives her work a unique value, as she has been able to bring whole classes of material to our notice for the first time. The history of Shirazi lacquer bindings, for example, was completely unrecorded before Dr Uluç started her research.

The illustrations show how sophisticated and attractive they are. As someone who has specialised in the history of Iranian lacquer, I should feel embarrassed at how little I knew of these bindings. I certainly feel immensely grateful for her publication of so many, and her research on them. Previous work on 16th-century manuscripts from Iran has concentrated on court production, to the exclusion of the much greater volume of manuscripts produced in provincial centres of production. Shiraz was the greatest of these, and Lâle Uluç’s book will make sure that Shiraz is never ignored in the same way again.

Tim Stanley is senior curator of the Islamic Middle East collection at the V&A, and the principal author of ‘Palace and Mosque: Islamic Art from the Middle East’ (V&A Publications)