Store > Books > Ups and Downs along the Black Sea 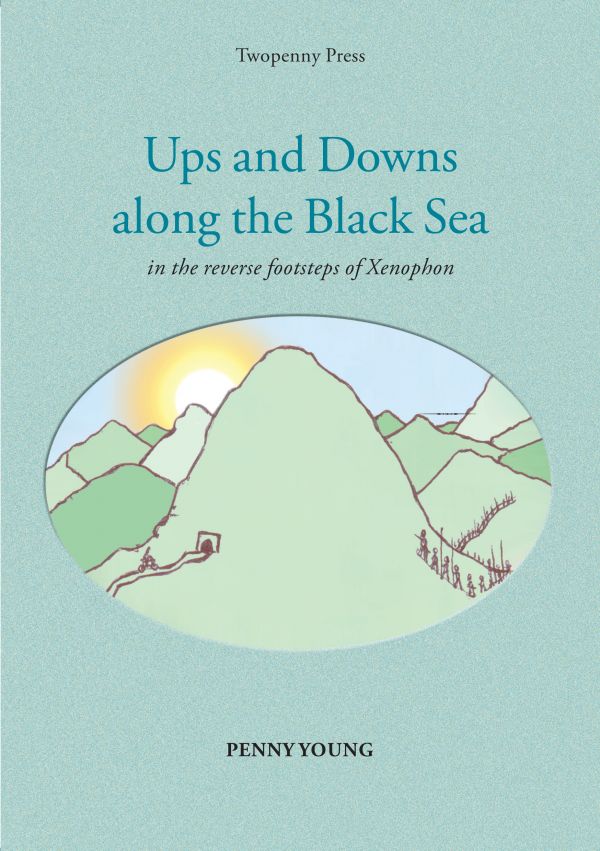 Ups and Downs along the Black Sea

In the reverse footsteps of Xenophon

On the spur of the moment, in the summer of 1997, I took a break from freelance reporting to make a bicycle journey along the eastern part of Turkey’s Black Sea coastline… Although the journey was not a long one, both in terms of the number of miles covered and the time span - about one month - it was an epic journey for me in many ways, extremely tough both physically and mentally. It was sheer will power that got me up those perpendicular slopes. It was also an historic journey. The roads along the coast have since been modernised. Huge motorways have been constructed and numerous well-lit tunnels gouged out through the lovely cliffs. There are still some sections where a cyclist can experience the twists and turns and gruelling ups and downs that I had to tackle, but the route that I took has largely changed forever. The soaring Black Sea mountains are, of course, still there, vast, remote, breathtakingly beautiful and indifferent to man’s trivial pursuits.’

In 1997, Penny Young threw caution to the winds to cycle along the Black Sea coast and up into the mountains. Now she has produced a book from her diary, and what a fascinating read it is. Her adventures are told with neither embarrassment nor false modesty. Ups and Downs is a book that reminds us of travellers of an earlier age, a personal tale, told with humour and humanity, by one with a well-stocked mind. Peter Clark, author of ‘Istanbul’, in the series ‘Cities of the Imagination’.

An epic journey and a personal achievement. There is little of that romantic Orientalism that afflicts many British writers but a refreshing reality in Penny Young’s writing. She has produced a worthy reference of life along the Black Sea at the close of the 20th century, following Xenophon’s footsteps. It should be treasured by all who are interested in the uniqueness of Turkey. Ian Sherwood

Excerpt from the review by Christopher Trillo Cornucopia 45

Young has a good eye for detail. She writes evocatively and takes obvious joy in rural scenes and food. She talks us through a variety of meals, some lavish, most simple and tasty, others repulsive. She describes in painful detail a series of predominantly dingy hotels and pansiyons. And there are many comic moments, such as when ’ a young boy translated my Turkish into Turkish so his dad could understand”. She is particularly good at describing the many frustrating and antagonistic encounters which occur throughout the journey. …Although alone, she has some unusual companions. The most important is her bicycle, who she describes as an old friend with human characteristics. She (the bicycle) snoozes peacefully, gets cross and talks. “Get me out of here!” she mutters to her rider in Bafra. The other companions, albeit travelling in the opposite direction and two-and-a-half thousand years earlier, are Xenophon and the Ten Thousand. They appear regularly, though their connection with events seems tenuous. They have little to say but wave from the distance and move on. Their heroism and eventual triumph parallel Young’s own, perhaps. Indeed the final section of her journey, downhill from Caykara to Rize, recalls Xenophon’s record of his men finally seeing the same Fortunate Sea and is so lyrically written we share her joy that her trials are finally behind her.