Store > Books > Visions of the Ottoman World in Renaissance Europe 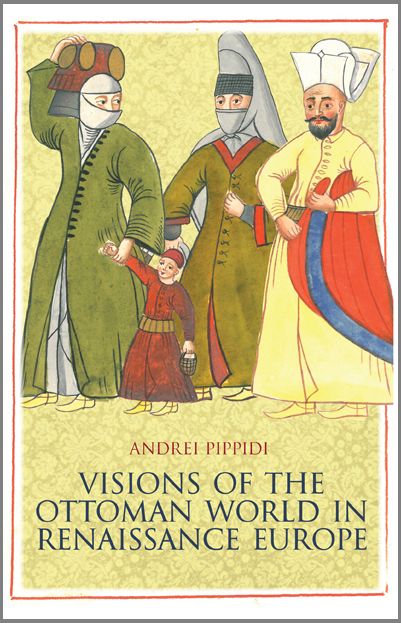 Visions of the Ottoman World in Renaissance Europe

“Orientalism” is now used to denote Western contempt for the East, as in the title of Edward Said’s book. It is of course an absurd misuse: the Orientalists did not spend time studying difficult languages and different cultures in order to look down on or colonise them. Robert Irwin’s For Lust of Knowing: The Orientalists and Their Enemies (2006) convincingly presented Said as a phoney – the American word fits best – but we are stuck with his misuse (or abuse) of “Orientalist”, which is now enracinated in the vocabulary even of my best students, and meaning, in effect, its own opposite. Andrei Pippidi’s Visions of the Ottoman World deals with a time when European Orientalism was getting under way and you can only admire the enterprise that was often shown.

The fall of Constantinople coincided more or less with the invention of printing, and since, for the next century and a half, the Ottoman Empire was a huge threat to Europe, a great many books appeared about it. The Turks were to be encountered everywhere, and even in the later 14th century, manuscripts about them circulated, because the Pope called for a crusade (which ended in disastrous defeat at Nicopolis in 1396 and again at Varna in 1444). In the Mediterranean, from their capture of Otranto in 1480, and their threat to Rome itself, they contested mastery with Spain for more than a century; on land, they took Budapest, and threatened Germany and Poland; they even fought with the Portuguese in the Indian Ocean, and armed a ruler of Indonesia; and when Columbus set off in 1492 he took an Arabic interpreter. There was therefore a large market for books about the Turks, and a great number were published, in all languages between Poland and Portugal. The authors were an allsorts of merchants, diplomats, clergy, escaped slaves, gossips, Yellow-Peril hysterics, and long-term residents who had been captured but got on with the captors and just felt at home in Constantinople. The results are extraordinarily interesting and valuable for historians. The Venetian war of 1570–72 generated 358 publications, and that of 1593–1606 1,566, about a fifth of them German or Czech. The largest collection (10,000) of such books is that of Mr Ömer Koç, the catalogue of which is in preparation.

Andrei Pippidi is a Romanian historian with an extraordinary knowledge of them. He reads all the relevant languages, and writes English with distinction (he is the grandson of the classic Romanian historian Nicolae Iorga). However, his book is not just an extended descriptive catalogue. He has read the texts thoroughly, and means to put a pattern on them. How Europeans viewed (and view) “the Turk” is a good subject. There was, to start with, wild alarm that here was the Antichrist and a calamity predicted in the Book of Daniel, though Martin Luther calmed down when he reflected that the Pope would be the first victim (and in the siege of Leiden during the Dutch Revolt, placards read “Better Turk than Papist”). Luther reckoned in the end that “Christendom is being destroyed not by the Turks but by those who are supposed to defend it”, and Erasmus thought in 1517 that Papal appeals for a crusade were just a trick for raising money. Among much empty attitudinising, there is here some solid observation and an astonishing degree of knowledge, especially given the difficulties of travel and language.

Pippidi’s first real Orientalist was one Guillaume Postel, who occupied the first professorial chair of Arabic in Paris in 1540 when very young. He was François I’s embassy-interpreter (Arabic, Syriac, Persian, etc) and then became an academic of sorts: one of those poly-linguistic characters to whom madness seems to have been near allied (he became a follower of a woman who claimed to see the Devil sitting in the middle of the Earth, and was imprisoned by the Inquisition).

Orientalism seems to have attracted or perhaps even fashioned such eccentrics. It is curious that several of them (including Erasmus) thought that the Turks were “half-Christians”, and the earlier Arab traveller Ibn Battuta had found their Islam astonishingly lax, what with wine, dancing and uncovered women. Theodore Spandugnino Cantacuzene, a Byzantine nobleman, noted the family connections between Ottoman grandees and Venetian exiles – they were first cousins, often enough, and Mehmed II used the nephews of the last emperor as admiral and as governor of the Balkans.

Some of these writers took a properly scholarly approach, understanding that the Ottoman Empire was a more successful state than their own (Francesco Sansovino in the mid-16th century is probably best, because he gives a wide description of Constantinople under the Turks, with a sober history, but there is also “George of Hungary”, probably a Croat (1506–56), who had been captured and lived for 20 years all round the Ottoman Balkans, and who closely observed religious and other practices. His book went through 43 editions. It is curious to see how the character of the European nations shows through even at that time (the same is true of painting: you can tell who is French and who is Italian, often enough). Here, German scholarship at its most prodigious is shown by one “Leunclavius” (Löwenklau), who is extraordinarily impressive (c1580). He ascribed the Ottoman success to their utter lack of lawyers, whom he regarded as a plague. Two Scots make an appearance. One, William Bruce (c1600), is the endlessly enterprising type who went on to make the British Empire, identify Sanskrit, etc. He taught law in Poland, became the French Huguenots’ representative in Prague, went round Crimea and wrote about the Ottoman Empire. The other, William Lithgow (1609–11), just went round Europe, Salonica, Egypt, Aleppo and Crete having and making fun (he is especially comic about the trepidation of the French in Turkish waters).

There are, of course, also moralisers, though not nearly as many as would appear in the later 19th century, pouring off the steamships, finger upraised, to berate the Turks for this and that. In the main, the earlier writers rather liked Turks, though by 1600 they were beginning to see the weaknesses of the Ottoman structure, dependent upon strict price control and a military elite that could get out of hand.

Andrei Pippidi makes a very brave attempt to classify his voluminous volumes under the heading “Humanism”, ie the Renaissance enterprise of understanding societies without reference to religion. This is the world of early-modern political thought, in which religious toleration of course had a role to play. The French thinker Jean Bodin understood that Turks and Russians were operating a system that became known (from a Balkan word) as “despotism”, and the French in particular admired it, because it put an end to the chaos in which at the time they often lived. Pippidi cattily remarks that they did indeed get the strong government for which they sighed, in the shape of Louis XIV’s tyrannical ancien régime, when the Bastille did indeed serve its purpose. Other writers examined Islam dispassionately, and some of them were downright dismissive of Greek Orthodoxy (Lithgow: “These Rascall Greekes… lyers, inconstant and uncivill”). Others wondered about the origins of the Turks: the Huns? Troy? There is too much even in this relatively short book for a review to do it proper justice, but as a guide to a wonderful set of books on a wonderful subject, it is also wonderful.

The Galata Tower square has been ruined by a big cheap-concrete shopping mall, but it is still recognisably an Italian piazza. The Tower itself goes back to 1384, and there are medieval Italian buildings all around, some of them – the Peter-Paul Church especially – in good shape, others not. It is said that there are plans to turn the area into an Italian Quarter to match the restored French one behind the Galatasaray Lycée, and this would be a good idea. The Tower is obviously Renaissance–Genoese, but it was put up, not against the Turks, but against the Venetians, with whom there was deadly competition for the Black Sea trade. At the time, each ran a formidable maritime empire. The Genoese cultivated the Turks, ferried them over to Europe in 1352 and remained neutral in the siege a century later.

However, Genoa was geographically too vulnerable to survive attacks from semi-savage Swiss mountaineers in the pay of the ruler of Savoy, whereas Venice, protected by lagoons, fended off greedy bumpkins, and went on dominating the Levant trade until she in turn lost to Dutch and English interlopers. Her commercial intelligence and diplomatic service was first-rate, and the records in her archives are an important source for study of the Ottoman Empire at its zenith.

Eric Dursteler’s book is an academic study of the Venetian presence at this time. The Pope kept encouraging Venice to take up his cause, to defend Europe against Islam, but their motto was “first Venetian, then Christian” and they did business. Venetians in Constantinople shows how, on the whole, they got over religious differences as, on their side, the Ottomans also did: it is interesting to see how if they stayed for any length of time the traders (as also those of the English Levant Company) made Turkish friends, which did not happen to the same extent in, say, Morocco. At the time, the Orthodox Greeks also had good relations with the Turks, and when the ruler of Florence tried to liberate Chios, the inhabitants complained to the Pope. The Venetians, transferred to the Galata quarter, where there were wine and churches, were the best-organised foreigners. The era has left Turkey with a Venetian word for restaurant, lokanta, and Italy with a word for customs, dogana, which comes from divan.

The Venetian representative, the Bailo, had grand headquarters, with a tennis court, where he had a 50-strong staff of secretaries, barbers and doctors, with a cohort of youths learning languages to become dragomans. One task was to free slaves, and to negotiate with the divan on this and commercial matters – the Bailo being a patrician, he generally handled these things well, besides being responsible for running a legal system. Mr Dursteler lists his activities – redeeming slaves (at 100,000, perhaps a fifth of the population of Istanbul around 1600) and checking on Italians who broke the convention that they should not give trade secrets or impart skills to the Turks. According to Halil İnalcık, most of the skilled artisans working in Kasımpaşa were Christian, and they (with Jews) supplied most of the jewellers and goldsmiths. It is often said that the Turks were not natural entrepreneurs, but this was not really true: they, especially the grandees, were keen traders, and there was a Fondaco dei Turchi in the Santa Croce quarter of Venice; in Bellini or Carpaccio paintings of that era you can see them, with their turbans and special clothes. Mr Dursteler has written a conscientious book based on difficult sources, and is just not lucky with his timing, in that he coincides with Professor Pippidi.