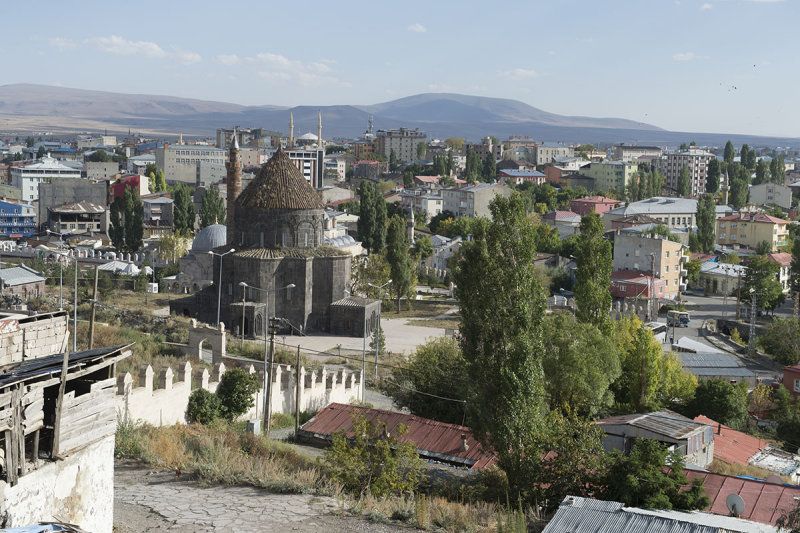 Kar is the Turkish for snow, and the city came to recent prominence after Orhan Pamuk set his novel, Snow here. Winter temperatures can drop to –30C. Founded as an Armenian city, the border town has passed through many hands. From 1878 ro 1917 it was a Russian garrison town, and a number of fine neoclassical buildings dating from that era are shown in Cornucopia 42. There is a fine display of kilims in the city's archaeological museum. Around Kars is some wonderful wild coutnryisde of plains and mountains, lakes and rivers, and the extensive ruins of 10th-century Ani.

A train leaves for Kars once a week from Haydarpasa Station in Istanbul, but it is probably easiest to fly. Kars makes a great staging post for the whole of the East, or for the eastern cities of the Black Sea.