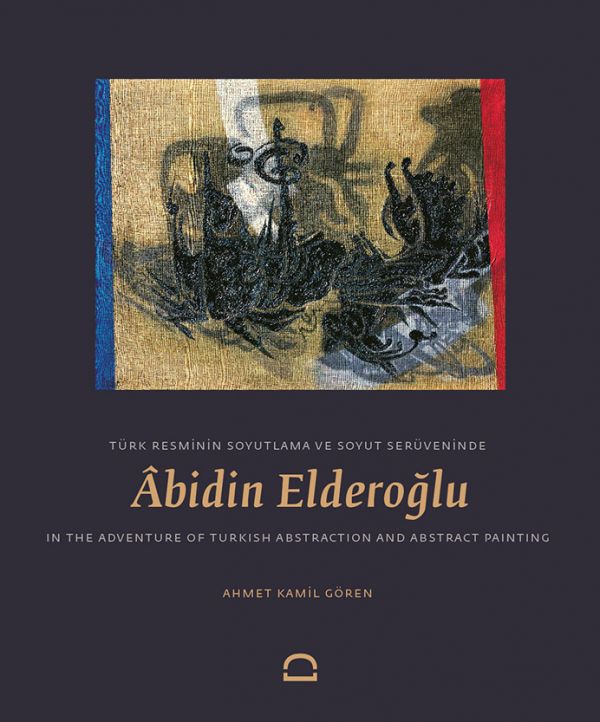 In the Adventure of Turkish Abstraction and Abstract Painting

Born in 1901, at the dawn of the 20th century, when Impressionism was already a quarter of a century old, Âbidin Elderoğlu was one of the masters of abstraction in Turkish art, winning awards at the Sao Paulo Biennial in 1963, the Teheran Biennial in 1966 and the Cagnes-sur-Mer Biennial in France in 1972. ‘Plastic musicality’ was the leitmotif of his work, as set out in an influential manifesto, Sanatım (My Art), published shortly before his death in 1974.

Brought up in the western Anatolian town of Denizli, the young Âbidin continued his studies in Izmir and Istanbul, graduating from teacher training college in 1926. From an early age, painting was a passion. In 1930, he won a state scholarship to Paris to study art at the Académie des Beaux-Arts and enrolled at the Académie Julian under Paul Albert Laurens, best known for his portrait of André Gide, and at the Cubist painter André Lhote’s school in Montparnasse, where illustrious students would include the photographer Henri Cartier-Bresson.

On his return to Turkey in 1932, he took up a position at a teacher training school in Izmir, and teaching and painting became something of a ‘double life’. Solo exhibitions in Madrid, Brussels, Paris, Berlin, Vienna, Venice and Milan would follow.

This handsome volume, with text by Prof. Ahmet Kamil Gören of Işık University Faculty of Fine Arts Visual Arts Dept, describes the life and work of Âbidin Elderoğlu against the backcloth of developments in Western art and examines the influence of Impressionism and abstraction on Turkish painting. Illustrated with more than 600 of Elderoğlu paintings and drawings, it is the most comprehensive publication on the artist to date and a revelation for anyone interested in unearthing treasures along the lesser-known byways of 20th-century art.

Illustrated here are Dance of the Commas, 1963, and the vivid warm colours of Home, 1965

The book is available to subscribers post-free worldwide.