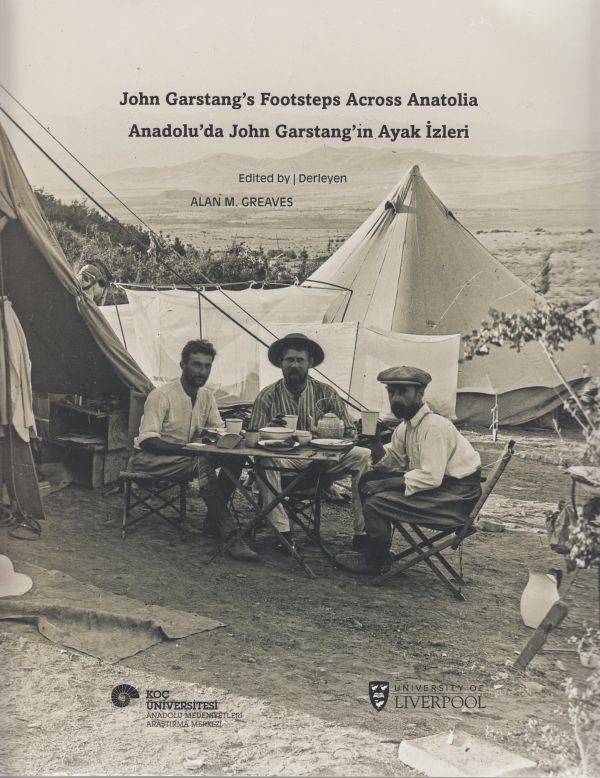 John Garstang’s Footsteps Across Anatolia highlights the international contributions of John Garstang towards the study of archaeology in Turkey and the Near East. He was one of the first advocates of using photography as a means of documenting procedures and findings of archaeological excavations. In Turkey, Garstang was accompanied on his Anatolia Survey (1907) and Sakçagözü excavations (1908-1911) by his German assistant, Horst Schliephack. The result of over five years of research by The University of Liverpool, this book presents a series of short discursive articles about Garstang’s work in Turkey and the Near East and a catalogue of newly digitised glass plate negatives from his 1907 journey across Anatolia. Garstang’s photographs are an irreplaceable record of the archaeological sites, landscapes and peoples of Turkey and north Syria in the period of the late Ottoman Empire.

History on a plate


John Garstang was a somewhat chaotic figure who scraped a third in maths at Oxford and once cancelled a meeting with Atatürk because he’d forgotten his suit trousers.

Yet he did more than anyone to illuminate the world of the Hittites, legendary builders and charioteers, who bestrode Anatolia in the second millennium bc, even enthusing the hard-headed commercial princes of his native Liverpool with his passion for archaeology.

Garstang pioneered the use of photography to document archaeological findings, and his 1907 survey of Anatolia and northern Syria established the full extent of the Hittite empire.

At Oxford he had been inspired by the Rev Archibald Henry Sayce to seek the great pre-Hellenic empire Sayce believed was waiting to be discovered. He was apprenticed in Abydos under William Flinders Petrie. In Egypt and Nubia he worked at 20 sites, honing his camera skills. His quest in Turkey began with a setback when the permit to dig at the Hittite capital, Boğazköy, was granted to a German team.

Undaunted, Garstang set out on horseback across Anatolia on “a grand journey… brimful of interest”. Thousands of glass negatives from his explorations, many taken by the Georgian-born Russo-German Horst Schliephack, survive, although Garstang’s Aegean and Hittite Museum in Liverpool was destroyed by a bomb in the Second World War, with the loss of many valuable artefacts, including plaster casts he had made at Yazılıkaya and Sakçagözü. The images were left to the University of Liverpool’s Garstang Museum, and are the subject of a compelling new exhibition and book.