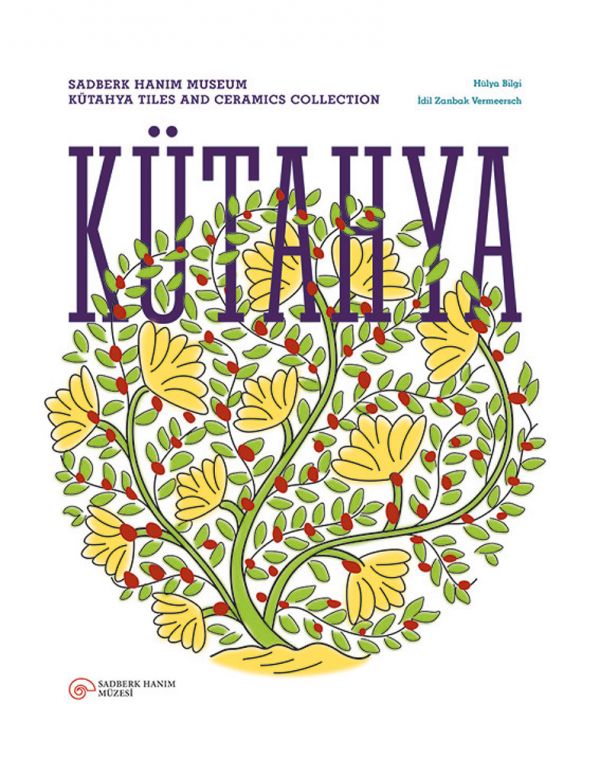 Published by The Sadberk Hanım Museum
£80

Kütahya has always be the other half of the Ottoman ceramics story, the wilder, less tamed rival to Iznik. Whereas Iznik died a sudden death in the early 1700s, too expensive, too stiff and unable to compete with Delft, Kütahya continued to flourish through private patronage across the Ottoman religious communities and to make objects that people actually needed.

However, things may not be entirely as they seem. Scholarly essays in the book question how much of the work presumed to be originating in Iznik was actually made by its rival, Kütahya. The focus on the fabulous collection built up by the Koç family since the days of Sevgi Gönül, founder of the Sadberk Hanım Museum, is on 18th- and 19th-century pieces, a world apart in its unbridled love of colour and inventive design.

The book accompanied a superb exhibition in 2018).

The book is delivered post-free to subscribers world-wide.

Kütahya in many guises


The Sadberk Hanım Museum’s summer exhibition focuses on its large and varied collection of Kütahya wares, which has expanded threefold since its original publication in 1991. The curators, Hülya Bilgi and İdil Zanbak Vermeersch, have prepared a beautiful catalogue illustrating 282 objects from the 18th to the early 20th centuries.

In the 16th and 17th centuries there were two major ceramic-producing centres in Turkey. The cities of Iznik and Kütahya, both on the western side of the Anatolian plateau, produced pottery with the same kind of silica-based body, known as stonepaste (or fritware), covered in a thin white slip to give a perfectly smooth base for a range of vivid underglaze colours, which were coated in a glossy transparent glaze. Iznik was closer to the capital, and throughout the 16th century its workshops executed commissions for palace circles, particularly for architectural projects, while Kütahya’s produced domestic tableware. Until the mid-17th century Iznik was the dominant producer, and a firman dated 1608 demands that a quantity of bora (sodium), an ingredient of the transparent glaze, should be shipped from Kütahya to Iznik’s tile-makers. The fact that an official document had to be issued to ensure this exchange suggests the Kütahya potters were reluctant to relinquish any of their supplies.

The gradual decline of the Iznik potteries – and the exhaustion of their supplies of raw materials was surely a factor – left the field open for the Kütahya potteries to become the country’s dominant makers of all types of ceramic wares in the following decades, rising to a peak of productivity and fame in the 18th century.

Kütahya ceramics are easily distinguished from the more formally decorated Iznik wares. Finely potted, generally quite small pieces with a thin white body are painted in a palette of bright colours in an exuberant but sketchy style, sometimes rather unfairly described as “rustic”. New designs included quaint human figures dressed in contemporary fashions, and patterns inspired by imported Indian textiles and by Japanese and Chinese porcelains. A wide range of shapes included every type of domestic object: inkwells and pen boxes, pilgrim flasks and rosewater sprinklers, dishes and bowls. Most ubiquitous are the pots, cups and saucers used for coffee. In Ottoman documents Kütahya potters are frequently referred to as fincancı, “coffee-cup makers”.

Documentary evidence shows that at the height of their fame and productivity (and before), management and operation of the Kütahya potteries were controlled by the city’s Armenian community. Two documents dated 1764 and 1766 record the settlement of a wage dispute within a workshop specialising in coffee cups.

The earlier document lists 34 masters and 69 journeymen, all Armenian with one exception. The agreement states that each ordinary potter would produce 100 cups a day; the masters were responsible for the decoration, and both groups promised not to set up extra pottery wheels or to paint cups in their own homes.

Famous also for their tiles, the Kütahya workshops won many commissions for tiles used in the construction and renovation of Christian and Muslim buildings. An imperial Ottoman edict dated 1710 refers to a large order for repairs to the palace of Ahmed III’s daughter Fatma Sultan. A few years later (1718–19), Armenians in Kütahya placed an order for a series of tiles depicting biblical scenes for the restoration of the Holy Sepulchre in Jerusalem. Never used there, they were installed instead, alongside many others with more generic floral designs (a total of 10,000 tiles), in buildings within the Cathedral and Monastery of the two St Jameses in Jerusalem.

With the country experiencing economic difficulties in the 19th century, the ceramic workshops began to reduce their output, and the quality of their wares began to deteriorate. There are still a few examples of tiles used in buildings in Kütahya, but by the end of the century production was virtually at a standstill. In 1907 the governor of the city wrote in a report to the capital that while there had been as many as 300 potteries in the 17th century, the number had fallen by two thirds by the end of the 18th century and was reduced to only two, both on the point of closing down, at the time he was writing.