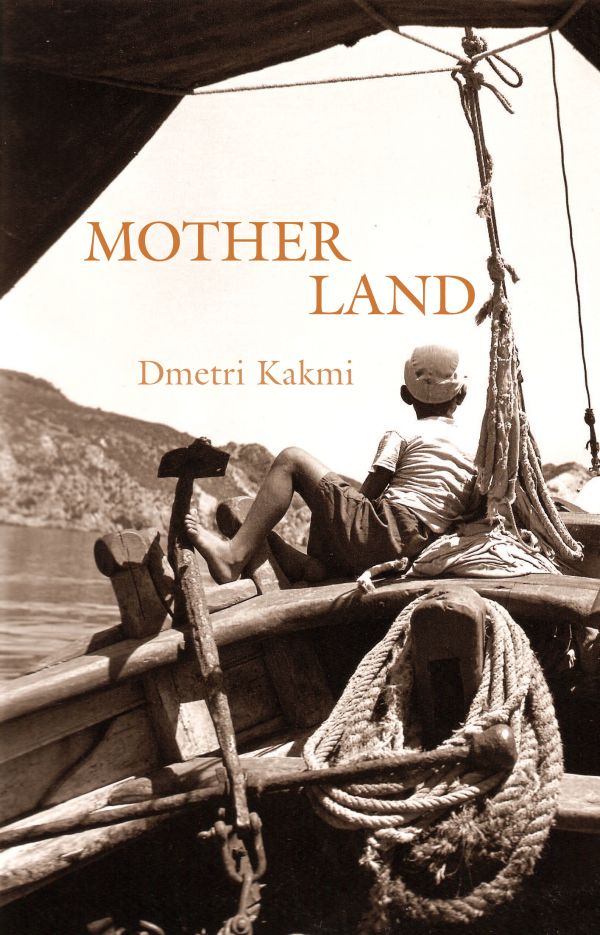 ‘His narrative is vivid and gripping, his characters rounded and human.’
David Barchard

Every so often a book lands on a reviewer’s desk from a writer he or she has never heard of before but which looks destined to become a classic. Dmetri Kakmi’s Mother Land is one such. The author is a first-generation immigrant living in Australia, a country where – perhaps because it is so far away from Europe – local ethnic politics often seem so fiercely Turcophobic that they topple over into antipodean silliness. It would presumably have been easy for Kakmi, writing of his childhood experiences as a member of Turkey’s tiny ethnic Greek minority, to play to this audience. Instead he has produced a book which benighted knee-jerk nationalists on both sides of the Aegean will detest but which will with any luck be remembered as remarkable literature long after time has swept such people away.

Anyone picking up this novel expecting an easy read should be warned it is painful, sometimes harrowing reading, and will trip up a reader coming to it with conventional expectations. On the other hand it will also surely be required reading for everyone wanting original anthropological insights into the daily life and tensions of minorities in the Levant a generation ago.

Dimitri, the author’s alter ego narrator, grows up on the island of Bozcaada in the 1960s, the son of an ethnic Greek fisherman in a village divided between Greeks and Turks. The novel is a child’s-eye portrait of the island’s life during his final year there, told in a hauntingly direct present tense, as Dimitri recalls the march of the seasons and changes in the sea, sky, winds and vegetation that come with them. Even without the human antagonisms of the foreground story, this would be an unforgettable picture of a remote island and how it feels to live there. For some, Kakmi’s writing about nature will be the book’s foremost triumph. But it is far from being its only one.

As the Americans are landing on the moon, Bozcaada and its people are still entrapped in wretched ignorance and poverty; 21st-century Turkey’s prosperity is not even yet a dream. The island’s beauty contrasts with the harshness and intolerance of those who live on it. Equally bleak are the mutual hatred and violent feelings harboured by individuals on both sides. The Greek children are shocked by the racism of some of their Turkish school teachers, one of whom tells her Greek pupils she would like to poison them.

With few exceptions, almost everybody (including the young narrator) behaves on occasion with disgraceful viciousness, though the narrative emphasises unobtrusively that several of the few humane and generous spirits on the island – notably Ezet (presumably Izzet), a friend of Dimitri’s father, Dimitri’s best friend Refik, and Levent Efendi, their teacher – are Turks.

Eventually, in 1970, unable to take the poverty, local violence and minority status any longer, the family flies out to a new life in Australia and Dimitri forgets most of his Greek and his Turkish. The opening and closing sections describe a return visit, with a Turkish banker friend, to a much-changed and gentrified Bozcaada in 2002, and Dimitri’s coming to terms with his childhood and his memories of his mother.

This may all sound like a fairly typical emigrant’s autobiographical first novel, but Kakmi has written something vastly beyond that. His narrative is vivid and gripping, his characters rounded and human in a way “village literature” seldom achieves. Though he pulls no punches about the sufferings of his family, he eschews the “victim” posturing familiar in emigrant stories, mentioning in passing, for example, that some of his Turkish neighbours were expelled from Lesvos (Midilli) by the Greek government in 1955. If some Turkish readers find his family’s experiences hard to take, some Greek ones may accuse him of having a low “Hellenism count”. Kakmi’s vision of Turkishness and Greekness seems to be of a single, flawed continuum.

“Greece and Turkey sit on the cusp. They don’t belong to the east or the west. Greece is the Narcissus gazing at his own reflection in the waters of the Aegean. What he sees staring back at him from the depths is Turkey. Narcissus is puzzled by what he sees. He’s frightened… He wants to have what his reflection has and yet still retain the essence of his self. The truth is that he is neither one nor the other,” the schoolmaster, Levent Efendi, tells his puzzled pupil.

There is an eventual twist to these remarks in the narrative, but it is a convincing one, as are the revelations that form the conclusion of the book. At its very end the narrative veers unexpectedly into magic realism as Dimitri has a final encounter in Istanbul with his long-dead mother. This departure from what has gone before is so well written that it does not jar, allowing the reader to hope that Dmetri Kakmi will not be a one-book novelist. But even if he is, Mother Land is an achievement that will survive.