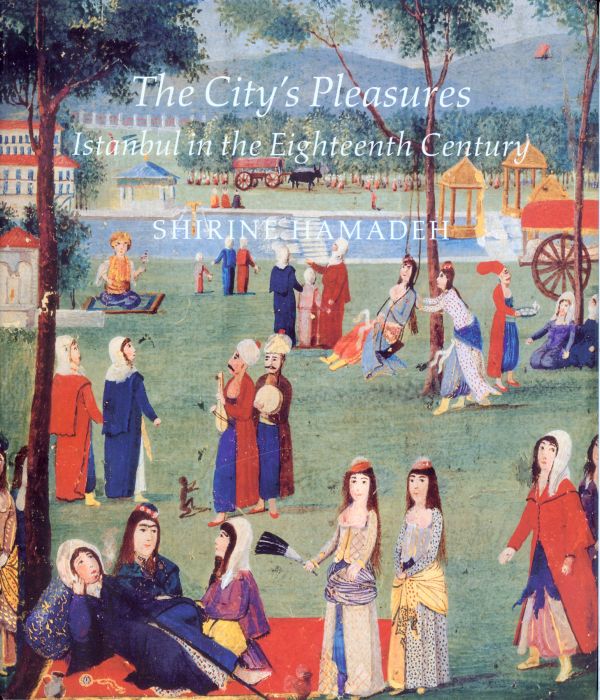 Istanbul in the 18th Century

By Shirine Hamadeh
Published by University of Washington Press

History in the Making: The City’s Pleasures

If there is one bit of Ottoman history accepted as gospel, it is that the Tulip Age was a period in the early 18th century when the first glimmerings of western influence appeared in Istanbul—and were as abruptly extinguished in a revolt that brought the deposition of a sultan.

Shirine Hamadeh’s absorbing and richly-illustrated book overturns this comfortable certainty. For one thing, to confine the spirit of the times to the few short years when the court went tulip-crazy is a mistake. New forms of sociability—a certain freedom to enjoy one’s leisure in the public spaces of the capital, whether this involved fancying tulips or not—developed across all classes, and throughout the 18th century. Moreover, that icon of the Tulip Age, the palace of Ahmed III at Saadabad, is shown by Hamadeh to have been more a product of cultural interaction with Iran rather than with France as the received wisdom insists. Her argument is convincingly supported by careful attention to written and visual evidence and, most tellingly, to poetry such as adorns the fountains that still beautify the city. The very notion of the Tulip Age was, it turns out, dreamt up little more than a century ago, and very successfully popularised by a historian whose aim was to present the collapsing Ottoman Empire as Western rather than Eastern in inclination.