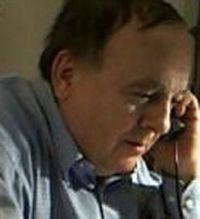 The late David Barchard, who tragically died in York on Christmas Day, 2020, after a walking accident two days earlier, was the Financial Times correspondent in Turkey during the 1980s and has travelled widely in Turkey.

A former member of the Council of the British Institute of Archaeology at Ankara and the UK Turkish Area Study Group, he was also an authority on the Byzantine rock monasteries of Cappadocia and in 1995 helped rediscover the late Roman Village of Sykeon near Beypazari in Ankara province. In recent years he had been writing a set of studies of Turkish-European relations over the last two hundred years, including the Eastern Question and Turcophobia, and he lectured widely on Turkish politics and economics as well as late Ottoman history.

He was the author of Asil Nadir and the Rise and Fall of Polly Peck, three monographs on Turkish-European relations in the late twentieth century, and a so far unpublished study of the last century of Cretan history and the Cretan Muslims under Ottoman rule.

His book Land of Lakes: The Rebirth of Southeastern Anatolia is available from our online store