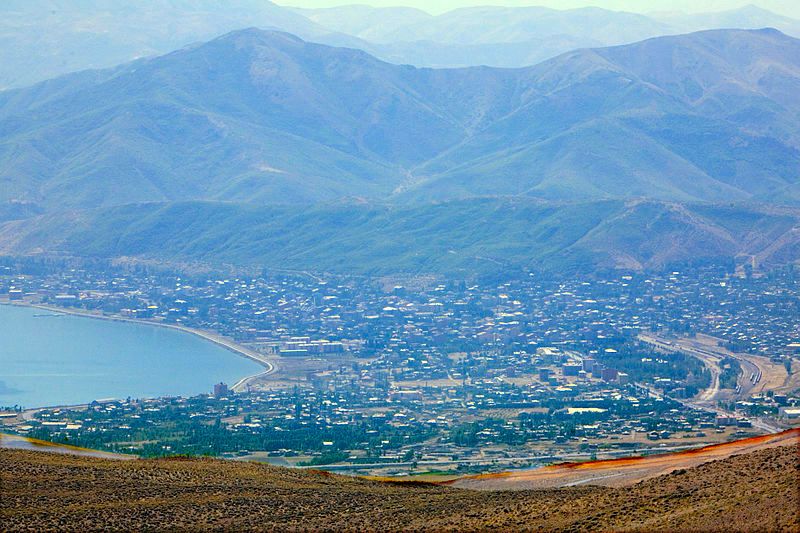 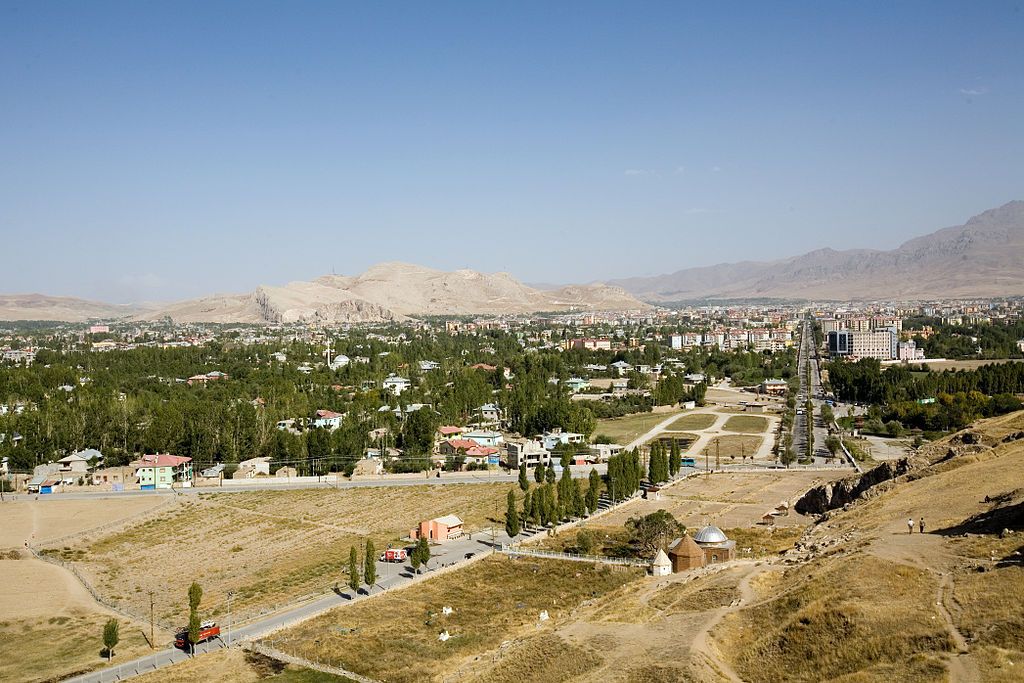 Turkey’s largest lake, some 75 miles wide, lies in a volcanic region among snowy mountains at an altitude of 1,640 m (5,380 ft). It never freezes because it is so salty and few fish can live in its waters. It is also beautifully blue. In his extensive photo essay in Cornucopia 54, Brian McKee captures women at Ahlat beating wool in its saline waters to remove the lanolin. Tatvan, on the western shore, is connected to Van, 96 km (60 mi) away on the opposite shore, by a train ferr, which has avoided the necessity of building a 250 km (155 mi) railway through difficult mountainous terrain. The road along the southern shore is explored by Brian McKee In the first of his three-part reports. Van was the capital of the Armenian Urartian kingdom in the 9th century BC and it remained a principally Armenain area until the 20th century. The northern end of the lake is shallower with high cliffs, the southern end deeper with four islands.

Akdamar Island has a preserved, 10th-century royal Armenian cathedral of the Holy Cross, which opened as a museum after government restoration in 2007, and can be reached by boat. There are remains of Armenian monasteries on the other three islands. The town of Van, on the eastern side of the lake, was devastated in World War I, and the modern city is largely Kurdish. Neaby is Van Castle overlooking the ruined Urartian capital of Tushpa where an 8th-century BC cuneiform inscription in Old Persian, Babylonian and Elamite, are the words of Persia’s king Xerxes.

The Lake Van Express (Vangölü Ekspresi) takes around 41 hours from Istanbul via Ankara to Tatvan on the west end of the lake, from where there is a train ferry to Van. There are bus connections, too. The Ferit-Melen airport is on the edge of Van with a bus link to the centre.