Store > Books > An Ark in the Flood of Time 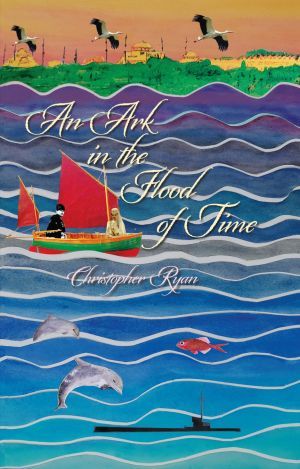 An Ark in the Flood of Time

An Ark in the Flood of Time is an historical romance set during the final years of the Ottoman Empire. A sequel to Christopher Ryan’s earlier novel, Satanaya and the Houses of Mercy, it also completes a trilogy of 19th and early 20th Century adventures which began with The Story of the Damascus Drum, a fable set in mid-19th C. Syria. While Satanaya dealt mostly with the romantic adventures and mystical journeyings of the eponymous Circassian girl through Ottoman Palestine, Lebanon and Anatolia, An Ark in the Flood of Time now finds her newly arrived in Constantinople in 1911.

Here Satanaya’s story becomes welded to the great events of the times, and to a certain young Captain Mustafa. The Ottoman Empire is teetering on the edge of collapse as its European territories erupt, bringing about the Balkan Wars of 1912/13. Meanwhile the ‘Young Turk’ movement for constitutional government in Turkey is gaining strength and the Sultan’s powers are trimmed. Assassinations abound, and with the onset of World War I and Turkey’s alliance with Germany, Satanaya’s relationship with Captain Mustafa deepens.

Rising quickly through the ranks, Mustafa is instrumental in saving the nation at Gallipoli, and later turns defeat into victory in the War of Independence, thus bringing about the Turkish Republic. Throughout all, Satanaya plays her part, as leaven to the lively ideas of this military genius, as counterpoint to his social philosophising, and as waystation of sustenance for the necessary nourishment of this force of nature and destiny. For of course, everyone, especially the returning soldier, needs a bosom for a pillow. Or as one old Arab warrior puts it, War is fana (annihilation), woman is baqa (what remains). And again, as in Christopher Ryan’s earlier books, good food and a glass of wine or raki remain as haven for our protagonists from the storms raging around them.