Store > Books > Satanaya and the Houses of Mercy 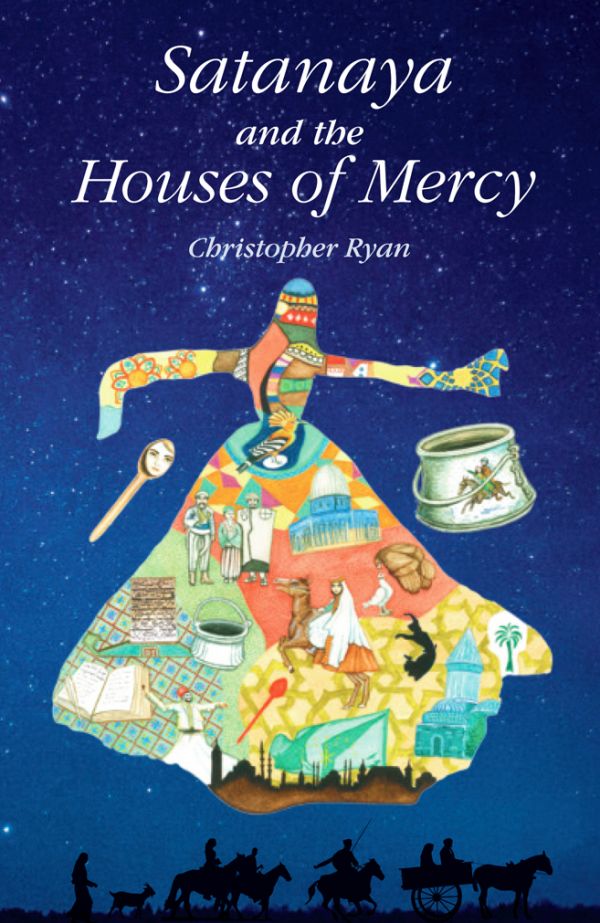 Satanaya and the Houses of Mercy

The Chronicle of a Circassian Girl

Satanaya, the young daughter of Circassian refugees in Ottoman Palestine, is trainee cook in the kitchens of the famous Convent of Seydnaya near Damascus. An innocent affair with a local boy hastens her exit from the convent. Her departure comes with a strange inheritance: an old cooking pot, a wooden spoon and a cookbook, left many years earlier by the legendary cook Takla. The book contains Takla’s recipes and the correspondence of an Egyptian Bey, in all a treatise on good taste in food and love.

At the villa of the Lady Gülbahar, whose parties and soirées are renowned throughout the Eastern Mediterranean for their good food, fine wines and illustrious company, Satanaya enters the wider world of fin-de- siècle Beirut, then administered by France. Under Lady Gülbahar’s wing, and with Takla’s Cookbook as her vade mecum, she plunges wholeheartedly into the life of an emerging modern world.

Satanaya is an explorer of mysteries: of food, of love, and of her own self. A true nomad of the spirit, she experiences the dangers and delights, the heartbreaks and homecomings, while travelling through the Levant and Turkey in the twilight years of the Ottoman Empire.

A Tale to Savour

A book to be savoured, in every sense of the word, for lovers of food and late nineteenth century middle eastern history and most importantly the human spirit. Christopher Ryan’s second novel follows the story of a young cook, Satanaya, who is the daughter of a refugee from Circassia one of the many small Black Sea states acquired by Imperial Russia in the nineteenth century. We first meet her when she is working in a Convent in Seydnaya north of Damascus then part of the Ottoman Empire. To call the book a simple love story would be trite. It is much more. There is human love as Satanaya falls in love for the first (but not the last) time but perhaps more importantly there is her love of food and her love of the human condition.

We travel with Satanaya to places that have now become commonplace often for all the wrong reasons. Acre, Aleppo, Beirut, Damascus and Jerusalem all feature in her travels. Almost every town or city is a heady mixture of Moslem, Jew and Christian. Tolerance is a key word for all. She observes many different people praising their chosen Gods in many different ways. Not once does any word of intolerance pass her lips. Was it really ever like this?

This is a novel to be read slowly, to read a few chapters and then to think about what one has read. There is much history in the book but it is presented to the reader in such a way that it is absorbed gently. Satanaya’s love affairs (for there are more than one) are treated with reserve and understanding and in what might be called a “grown up way”. Anyone who has experienced the pangs of young love will readily empathize with her feelings.

The other main character in the book is a wonderful creation by the name of Lady Gülbahar. How the author managed to create such a figure is a mystery known only to him. Is she based on someone real? I don’t know. Her life style is erratic (I nearly wrote erotic which would have been as a good a word as well). Many of us have met “grande dames” in our lives but Lady Gülbahar is the epitome of them all. Kind and generous with a lifetime of experiences behind her. A worthy subject for another novel by Christopher Ryan perhaps. I hope so.

Online review by Norman Latimer, formerly of Latimer Books, an independent book shop in Kelso in the Scottish Borders