Store > Books > Antioch on the Orontes 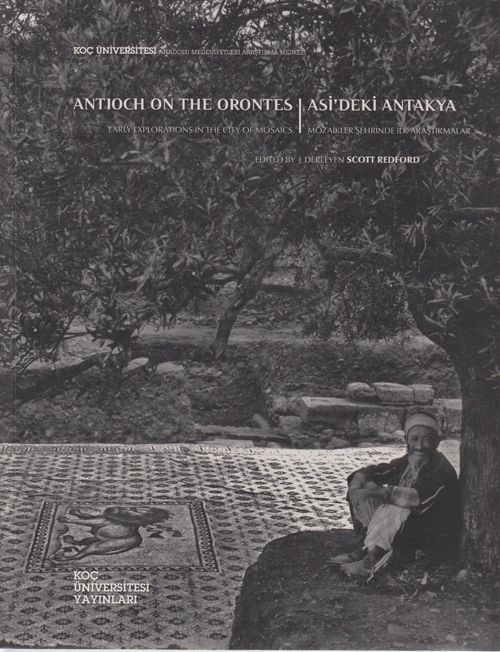 Antioch on the Orontes

Early Explorations in the City of Mosaics

Antioch was one of the most important political and cultural centers of the Hellenistic Orient and one of the great metropolises of the Roman Empire. Antioch on the Orontes, Early Explorations in the City of Mosaics tells the story of the archaeological discovery of its most brilliant period. Archaeological photography is not always noted for its scintillating quality, but these images are excptional works of art in their own right – both of the people involved, the mosaics they uncovered and Antakya itself, where the old city is surprisingly unchanged. The mosaics – at least those that were not removed by the American-French team responsible for the original excavations in the 1930s – are exhibited at the Hatay Archaeological Museum and have been in the news recently, alas for the wrong reasons – botched restoration that has left them almost unrecognisable.

Three essays focus on the city of Antioch on the Orontes itself, the history of the first excavations in the 1930s, and current excavations, not only in Antioch but in the surrounding area, between 2002 and 2012.

From the Preface by Scott Redford

The town of Antioch, capital of the Hatay province of the Republic of Turkey, has a population of about 150,000. Its position near the Arab world has always contributed to its role as a transportation center to the Levant. In addition the rich Amuq plain north and east of the town, watered by the Orontes River, produces crops of grain, cotton and sesame. Pomegrantes, olives and laurel from the surrounding hills are processed into pomegranate molasses, olive oil and soap respectively.

Beneath this prosperous, medium-sized Turkish town lie the remains of one of the most famous cities in the ancient world: Antiocheia, founded as the capital of the Hellenistic Seluecid dynasty and later the third city – after Rome and Alexandria – the Roman Empire. Despite being ravaged by earthquakes and wares, Antiocheia continued to play an important role as a garrison town and administrative center under the Byzantines and later the Islamic Umayyad and Abbasid dynasties. In the eleventh century, Norman Crusaders made Antiocheia the center of an independent country that endured for over 150 years.

The ancient and modern cities meet in a small but constant tourism trade. Christian tourists come to visit the Church of St Peter and the small Christian communities of modern-day Antioch. Other visitors come principally to view the spectacular mosaics unearthed by the Committee for the Excavation of Antioch on the Orontes, spearheaded by Princeton University, between 1932 and 1939 and now on display in the Hatay Archaeology Museum.