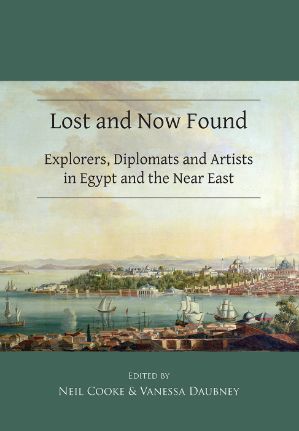 Explorers, Diplomats and Artists in Egypt and the Near East

Long distance travel and mass tourism are not recent phenomena. This collection of papers from the 2015 ASTENE Conference in Exeter demonstrates that over the centuries many individuals and groups of people have left the safety of their family home and travelled huge distances both for adventure and to learn more about other peoples and places. Some travels were to help establish trade routes, while others were for personal pleasure and knowledge. Many of those who travelled have left little or no record but in a few cases their travels can be determined from the brief encounters they had with other travellers who noted these chance meetings in their journals and diaries, which they later used to inform and write for publication accounts of their own travels and impressions.

The 18 papers in this rich and varied collection include: finding the lost diary of a member of the Prussian scientific expedition to Egypt of 1842-45 that was hiding in plain sight among other books; the illustrated journal of a Croatian travelling through Egypt, Nubia and Sudan in 1853-4 and the hardships endured; the competition between Officers of the East India Company to find the fastest trade routes through Syria between India and the Red Sea; and identifying the Dutch artist who made paintings of Constantinople and later travelled to India before joining the Bombay Artillery as a Lieutenant-fireworker. All 18 papers are the product of hours of careful research by their authors among original manuscripts and books tracked down in archives, libraries and private collections around the world.