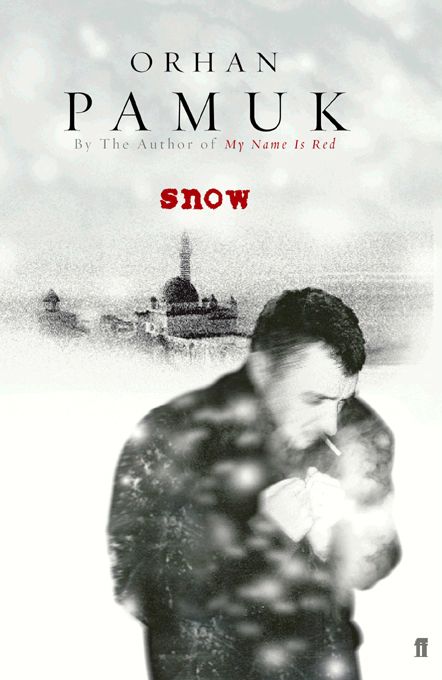 His real name is uninspiring. But the hero of Orhan Pamuk’s seventh novel (still available only in Turkish at the time this review was written, now published in English in 2004) has not been known as Kerim Alakuoglu since early boyhood. Like his creator, he prefers the superior literary resonances of his pen name, Ka. His one passion in life is poetry. But while he was at university in the Seventies, he consorted with the left. He fled to Germany in the early Eighties to avoid a prison sentence. Twelve years on, he has returned to Istanbul to attend his mother’s funeral. While he’s there, he pays a visit a friend who works for the newspaper Cumhuriyet. The friend asks Ka if he’d like to go to Kars to write a piece for him.

This godforsaken city on the Turkish-Armenian border is suddenly of great significance to the Istanbul intelligentsia. It is not just the Kurdish question that draws them. The city of Kars is, as they say in enlightened circles, an “interesting case”. Abandoned by its middle classes fleeing terrorism during the Seventies, downgraded by the military after the end the Cold War, it is now the poorest city in Turkey. Not for the first time, its desperate inhabitants have turned against each other. To what degree are they being used as pawns in a bigger game? Fundamentalism is on the rise here. There has been a furore about the many young women who have chosen to “cover” themselves and have as a consequence been banned from their schools. There has been a suicide epidemic among the same women (of the kind that recently occurred for real in the city of Batman). And now the Islamists are on the verge of winning the municipal elections.

Muhtar, their candidate, is a former left-wing revolutionary only recently returned to the fold. Ka knew him well when they were at Istanbul University together. As such, Ka is perfectly suited to his new assignment. But he has another reason, too. He has fond memories of Muhtar’s beautiful wife Ipek. Now she has left Muhtar but she’s still in Kars, running a hotel with her sister and their ex-communist father. Ka’s dream is to marry Ipek and take her back to Germany.

When he arrives in Kars, the mean and muddy streets are hidden under a carpet of snow. The poorest neighbourhoods look otherworldly, and the dilapidated buildings in its old Russian-Armenian quarter look almost grand. Set against this landscape, the hidden symmetry of his life begins to suggest itself. He was fated to be here. Ka, Kar (Snow), Kars.

He is not telling his own story, and the book is almost over by the time we know the name of the man who has taken it upon himself to tell it for him. But he is a mesmeric presence from the very first line. He writes like a dream, like a father telling a fairy tale to lull his child to sleep. And it is a fairy tale he goes on to tell. For the next three days, Kars detaches from the known world. Cut off from the outside by the blizzard, it becomes the stage for the strangest drama ever performed.

It involves all the usual local suspects ˇ the Islamists, the military, the Kurds, the press, the dregs of the disillusioned Turkish left. The most suspected villain is an Islamist terrorist named Lacivert, but the real villain is Z Demirkol, the vicious head of the intelligence service, whose surveillance methods are so successful that all inhabitants assume they do not speak anywhere without speaking to the entire city.

The man in the leading role is yet another disillusioned leftist, a fallen star of avant-garde theatre whose chief claim to fame is his resemblance to Atatürk. Sunay Zaim and his wife have been touring Anatolia for more than a decade, struggling to bring enlightenment to the masses. Now at last the conditions work in their favour. While Kars is still snowbound, they invite the city to a play that turns into a very bloody coup.

And so the story Ka has come to investigate changes into another story. His own story changes, too. For four years, he has been unable to write a single poem. But now the muse returns. Over the next three days, nineteen poems descend on him in almost finished form. Although they arrive at the most inopportune moments, he captures all but one of them. Inspired as they are by the events in Kars, they bear witness to a larger tragedy. How you read that tragedy depends very much on what your politics are and how much you know about recent Turkish history.

Orhan Pamuk has always been one for cold and tricky origami plots which turn inside out the moment you look at them. This plot, too, suggests a multitude of political interpretations, while confirming none of them.

But it also sets out to confound and offend in a way that is as reckless as it is heroically even-handed. Although the military return to restore order at the end of the show, no Kemalist will be proud of Osman Nuri Çolak, the officer who lets the coup happen. No one in Ankara will be pleased by the accounts of torture at the hands of the police or the team led by Z Demirkol. Westernised readers will be offended by the space Pamuk gives to Islamist characters and ideas. Islamists will be offended by his less than respectful portrayal of Islamist leaders. None of these parties is likely to find comfort in the fact that those who come out worst in this story are the left-wing bourgeois intellectuals who are just passing through.

In the last pages of the novel, after our narrator has revealed his true identity, he describes the visit he makes to Kars to clear up the mystery surrounding his friend Ka’s last hours in that city. As he makes his way towards the train that will take him home, a young man named Faz©£l asks him a favour. When he writes his book, can he ask his readers not to use the misfortunes of Kars to feel superior? He is sure they’ll do that anyway, Faz©£l says, but if the request is there, perhaps they’ll think for a few moments before they do.

Only when I read his request did it occur to me that until that moment I had not once stepped out of the story to think. There just wasn’t time. Reading Kar was like riding a rollercoaster.

I never quite knew where I was, or where the book was taking me. When I turned the last page to read Faz©£l’s last request, it was as if I’d just woken up to find out I had fallen out of bed. I’m sure the novel will continue to puzzle me. I’m just as sure that I will have far more interesting things to say about it after I’ve had a year or two to catch my breath. But when I think back now over the novel’s mad but strangely plausible chain of events, my abiding memories are not of its twists and turns and inspired ironies, its interlocking themes, its hidden symmetries or its larger-than-life personalities. What I remember are the little people.

The only heroes in this book are the inhabitants of Kars, who have learned to be resigned about these grand, inscrutable dramas which are always blowing in over them from parts unknown, who keep their heads down but are not surprised if they get beaten or imprisoned anyway. They know the blizzard will pass eventually. They know when it does that God and the world will forget them again. But, somehow, they keep hoping. Somehow they retain the capacity to be open and generous and kind.