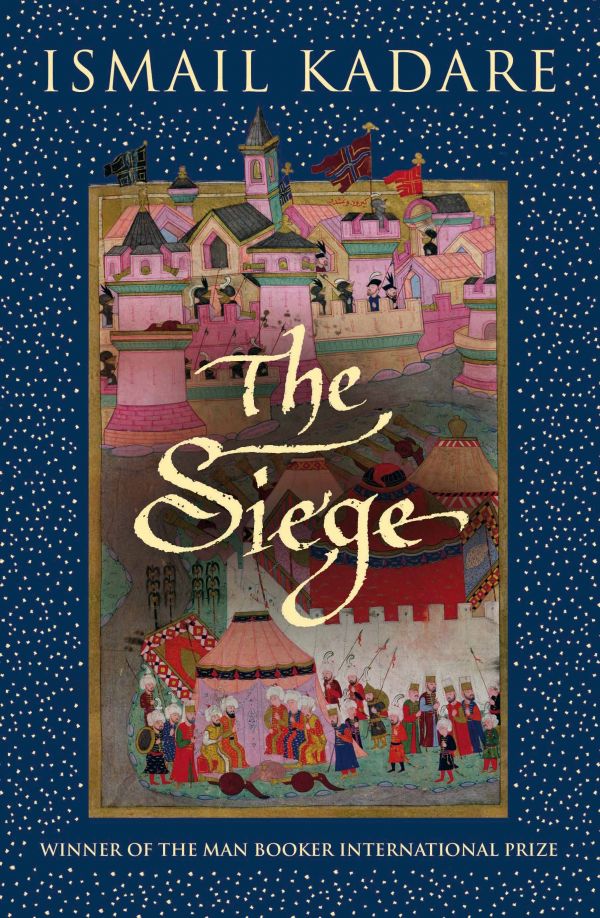 By Ismail Kadare. Translated from the French of Jusuf Vrioni by David Bellos

Like all empire-builders, the Ottomans possessed a ravenous ambition for territorial expansion, especially during their first three centuries. Their official chronicles resounded with military triumphs, while often glossing over defeats. By the same token, triumphant sieges were acclaimed to high heaven, whereas abortive blockades received scanty coverage. In modern Turkey, official historiography, as well as novels, have tended to perpetuate the tradition of paying homage to victories and down-playing humiliating defeats.

The prominent Albanian-French novelist Ismail Kadare’s powerful work of fiction, The Siege, about the failed Ottoman blockade of an Albanian fortress, is likely to shock many Turks whose judgments are guided more by chauvinism than literary merit.

Kadare, occasionally mentioned as a Nobel Prize for Literature prospect, gives a virtuoso performance in depicting the desperation of the besieged, as well as the fury of the besieger. The action of the novel goes beyond the traumas experienced by both sides. It evolves as a masterful study of how collapse of morale engenders moral turpitude. The Siege is the grand metaphor for humanity, creating its own dismal failure in its hunger for booty and land.

The 2005 International Man Booker Prize was given to Kadare in recognition of his impressive capacity for unfurling human dramas. The Siege is unquestionably such a tour de force. Although it evokes historical events the likes of which took place, it stands as a riveting work of imagination. David Bellos, who must be given praise for the novel’s masterful translation, informs the reader in his insightful afterword that: “Kadare’s chronicle of ancient battle is not a historical novel, as he rightly claims. It is an anti-historical one.”

However, traces of actual events, earlier or later Ottoman sieges, repulsed or successful, enliven the work. Anachronisms do not divest it of its historical authenticity. Hellbent on subduing the Balkans, the Ottomans waged many wars and found it hard to subjugate the Albanians, led by Skanderbeg (known as İskender Bey by the Turks), who stood firm against Turkish sieges. In the 1440s he had repelled the attacks of Murad II and, more significantly, the campaigns and the 1446 Croia siege launched by Mehmed II (hailed by the Turks as “The Conqueror”), the sultan who captured Constantinople in 1453, dealing a death blow to the Byzantine Empire. Kadare transforms Skanderbeg, applauded by the Pope as “champion of Christ”, into an unseen legendary figure who, from the mountains, directs the defense and cuts off the Ottoman supply routes.

Interestingly, the Ottoman commander who laid the siege in Kadare’s novel is given the name Tursun Pasha. The Ottoman historian of that time, named Tursun Beg, had participated in the Ottomans’ two Albanian campaigns (1466 and 1467) and reported that the Sultan acted ruthlessly in order to force the Albanians into submission.

The Siege is peopled with vivid characters who also symbolise Ottoman governmental and military culture: Tursun Pasha, the frustrated and in many ways inept commander; Mevla Çelebi, a smooth but lackluster historian; a eunuch who provides young girls and supervises them; astrologers making wrong predictions; a wily quartermaster-general, more concerned about dwindling supplies than the lives of fighting men; Sadettin, the poet (dubbed the blind Homer), writing a versified account of the siege; Giaour, the “heathen” architect; Tahanka, a deaf-mute senior officer. They end up dead except for Mevla Çelebi. The Pasha commits suicide; some are buried alive when the tunnel they are digging to capture the citadel from below collapses; the Janissary officer Okcan dies after being bitten by one of the infectious rats with which the Ottomans try to spread disease in the fortress.

With its blood-curdling and heart-rending episodes, Kadare’s novel functions like the script of a horror film that is relentless in its violence. Its action can be characterised as tragicomical in many ways, but it is surprisingly devoid of the art of “comic relief” which lent power and believability to Shakespearean tragedy. Ironically Kadare seems aware of the morbid appeal of ferocity. In The Siege, the Ottoman quartermaster advises the official chronicler that “the most fearful carnage of our times will take place… great massacres always give birth to great books… You really do have an opportunity to write a thundering chronicle redolent with pitch and blood.” That observation might be in character for the quartermaster and Kadare; nonetheless The Siege would probably have benefited from an occasional bit of humour or slight light touch.

Structurally Kadare’s book is ingenious – each chapter narrated from the menacing Ottoman side is preceded by a short lyrical prologue expressing the anxieties of the beleaguered Albanians.

The English translation by David Bellos, rendered from the French version by Jusuf Vrioni (published in Paris in 1994) is impressive – fully effective in its command of the vernacular, often vivid and dramatic – never mind the very few mixed metaphors (which are possibly not in the original Albanian), for example: “…men were coming together like bees to a swarm, then moving around, then dispersing, without rhyme or reason, like fluffy white clouds on a windy day.”

Gloom pervades the novel. It probably reflects Kadare’s own dark mood when he wrote it in the 1960s during Enver Hoxha’s nightmarish regime in Albania. In a sense, his novel constitutes a metonym for his native country, living under its own ideological siege and isolated from the Communist world except for its single major ally, China. It is small wonder that, as soon as the Iron Curtain collapsed, Kadare took up residence in Paris, presumably to leave behind the horrid memories. His critics have taken him to task for his official status during Enver Hoxha’s tyranny as delegate to the People’s Assembly and for denouncing that regime only retroactively.

Within its historical context, The Siege stands as a compelling metaphor for the confrontation of Ottomans and Christendom, of Christianity and Islam, foreshadowing the future East-West conflict.

The Siege is a stirring narrative of defeat. Aside from the assault’s collapse, it intimates many a welcome relief and scarcely any rejoicing (conceivably because, as Kadare is painfully aware, all of Albania would fall under Ottoman domination in the early 16th century and remain so for 500 years until 1912). The novel is not merely grim but totally noir in its pessimism. It does have a redeeming virtue: Kadare narrates his imaginary historical story outright, without using it as a platform to deliver anti-Ottoman or anti-Islam invectives. He does not fulminate, nor does he write as a jaundiced nationalist. In a universal sense, his work ranks as an anti-war novel par excellence.

Could he have created an epic with epiphany or a saga of sagacity? Had he been able to achieve this, The Siege might have emerged as a magnum opus. But it is certainly futile to hope for a masterpiece in a novel that seeks merely to expose war’s folly rather than to pursue the ideal of peace.