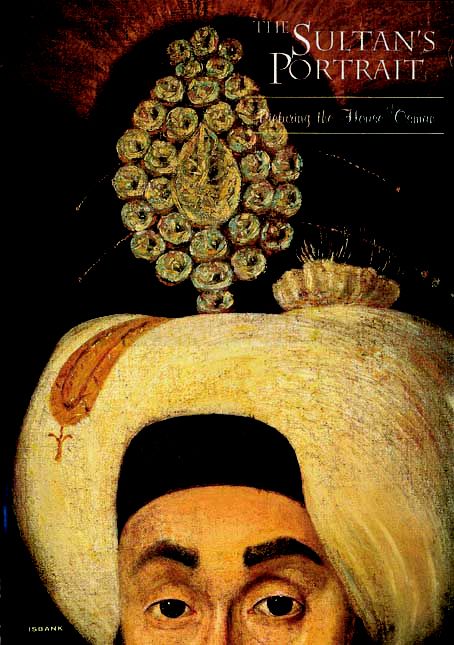 Picturing the House of Osman

By Selmin Kangal
Published by IşBank
Out of Print

The House of Osman

Istanbul’s complex destiny as both Ottoman capital and European metropolis is demonstrated by the portraits of the Ottoman sultans who reigned there. From the conquest of the city to the fall of the empire, Ottoman rulers were painted in one of two ways. European artists, working on canvas in the Western style of the day, were commissioned by the sultan or by European ambassadors or travellers. Palace artists, working on manuscript in the Islamic miniature tradition, painted their portraits for the sultans themselves. They also depicted court scenes of processions through the city and palace ceremonies.

In the eighteenth century the two traditions coalesced to produce a style which combined Islamic sense of colour and hierarchy with European individuality. Memorable by any standards of royal portraiture are the likenesses of Mustafa II (1695–1703) by Levnî, great master of the Tulip Period (overleaf), of Abdülhamid I by the Armenian court painter Rafael (more powerful than his portrait by Ferdinando Tonioli circa 1789, and of Selim III by Konstantin Kap›dagli. Thereafter most sultans were portrayed by European artists of the second or third rank resident in Istanbul.

The Sultan’s Portrait ran in the Topkap› Palace from June to September 2000 in rooms specially restored for the purpose thanks to the largesse of Isbank. The 576-page catalogue of the exhibition is indispensable for historians of court portraits in general and the Ottoman dynasty in particular. It contains a magisterial article by, among others, Julian Raby on the early sultans’ portraits and medals. Gülru Necipoglu writes on “The serial portraits of Ottoman Sultans in comparative perspective” and on the portraits of Selim II. The contribution of Filiz Çagman, curator of the Topkapi Palace, is on Nakkash Osman, who produced a series of 12 stylised miniatures of sultans circa 1579, later copied by an artist working in the circle of Veronese. Günsel Renda writes on the portraits painted on canvas in the last century of the empire. Hans Georg Majer, founder of the group of academics who have been working on the subject since 1993, contributes an article on the 17th-century portraits, from the reign of Mehmed IV to that of Mustafa II. As in some European dynasties, such as the early Austrian Habsburgs, establishing a common dynastic identity was more important than rendering individual likenesses of rulers.

The exhibition and catalogue confirm – as do similar portraits of Timurid, Safavid and Mughal rulers – that despite widespread disapproval, there was no formal Islamic interdiction of figural painting. The Sultan’s Portrait also confirms the frequency of artistic as well as diplomatic and commercial contact between the Ottoman Empire and the states of Western Europe. Many other portraits of Ottoman sultans surely await discovery, in European attics and Islamic collections.

Two remarkable painters of Ottoman rulers have, however, been omitted. One of the last great court painters was Fausto Zonaro, “Peintre de S. M. I. le Sultan” from 1896 to 1910. He painted many hundreds of pictures of the dynasty’s triumphs, the sultan’s children, both male and female, and the city and its inhabitants. At the end of Abdülhamid II’s reign, when for a few uncertain months he reigned as a modern constitutional monarch, Zonaro also painted the Sultan himself: one version of this portrait is in the Manyal Palace Museum in Cairo.

The culmination of the Ottoman dynasty’s interest in portraiture was Abdülmecid Efendi, who reigned as caliph from 1922 to 1924. A professional painter in a semi-Impressionist style, he painted portraits of himself and of his family as well as scenes from Ottoman history. Patron of the Salon des Beaux Arts in Istanbul, after 1924 he found in his art some solace from the bitterness of exile. Both artists deserve major exhibitions.