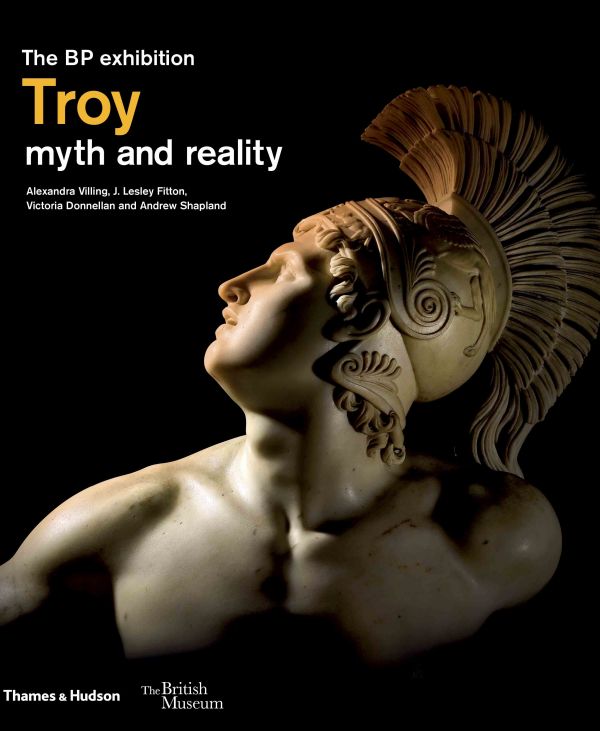 The accompanying title to the British Museum’s major exhibition Troy: myth and reality. For more than three millennia the myth of Troy has enthralled audiences far beyond the place and time in which the Trojan War is set, with its universal themes of love and loss, violence and destruction, despair and hope. Focusing on the major characters – Helen of Troy, Odysseus, Aeneas, Achilles and Hector the authors examine how artists from Cranach and Rubens to Romare Bearden and Cy Twombly have been inspired by Troy. The exhibition sheds new list on a fascinating story that has spoken to people around the world and through the ages and continues to do so today.

Troy Story 2: Of Love and War


I had been expecting to find that this exhibition, hosted by the British Museum, would succeed in uniting ali the evidence from Troy. I had imagined that material from the various Schliemann excavations (held in Bedin) would be joined with that found by Frank Calvert (held in Landon) and then be referenced against the recent series of methodical digs in Turkey. The star of the show would be ‘Priam’s Treasure’ currently possessed by Russia as one of the spoils of her victory over Nazi Germany.

I was wrong. There are no loans from either Russia or Turkey to the British Museum, not even a wooden horse.

The Troy exhibition at the British Museum has a very different brief. It is an inquiry into the artistic and literary inspiration of the Trojan story, rather than an historical inquest into a Bronze Age trading city. On these terms it is a glittering and triumphant success. A wonderfully eclectic gallery of art has been assembled, ranging from very ancient to very modern, ali united by the Trojan theme.

Troy was never forgotten and did not need to await the Renaissance for its rediscovery. So the exhibition includes medieval manuscripts as well as an opulent sculpture of Achilles ( a classical counterpart to the famous statue of the dying Gaul) commissioned in the eady I9th century by a young English duke, and eady surveys and watercolours of the Troad.

There are Roman silver drinking vessels from a Danish chieftain’s tomb, gorgeous examples of black and red figure ware (from Greece and Sicily), wall paintings from Pompei and pictures by Biagio d’ Antonio, Rubens and Angelica Kauffman, some vigorous sketches by Nicolas Poussin and Henry Fuseli and prints by Elisabeth Frink. Now and then, your memory is stretched as you try to recall the literary source of some enigmatic scene such as Ajax falling naked on his broadsword, which has been planted firmly in the ground.

But there is a legitimate cause for some confusion, for this ancient artistic heritage rests on eight epics that once told the whole story of Troy, of which we now possess just two, The Iliad and The Odyssey. Fragments of these lost books survive in the plays of Aeschylus, Sophocles and Euripides aside from what Virgil would create 800 years later with his Aeneid. So there are plot variations, battles, campaigns and characters from the Trojan story that you will have never encountered, however diligently you can quote Homer.

Homer remains an historical enigma who has launched a thousand scholady debates. The current consensus is that he did exist. He is now envisaged as the !ast (and the most brilliant) ofa succession of oral bards who told this tale as an entertainment, literally singing for their supper. Bards worked with established mythical story cycles, to which they added their own variations - like a scriptwriter creating a film from a book…