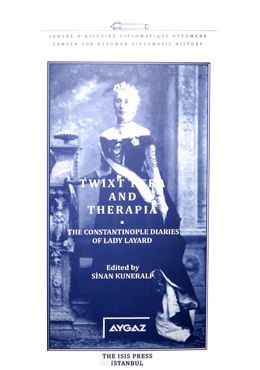 The Constantinople Diaries of Lady Layard

This book comprises the diaries of Lady Enid Layard, wife of Sir Henry Layard, noted archaeologist and the British Ambassador to the Ottoman Empire, between 1877 and 1880.

Reviews for Twixt Pera and Therapia

“The Constantinople diaries of Layard’s wife, Enid, who was only half her husband’s age, are also valuable, although in a very different way. Twixt Pera [where the British embassy was located in winter] and Therapia [the home of the summer embassy] is more revealing of life – especially the social life – of the embassy, than of high politics and diplomacy.” G. R. Berridge