Store > Books > The Queen’s Ambassador to the Sultan 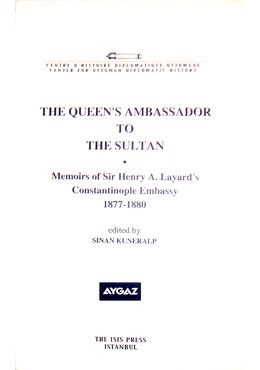 The Queen’s Ambassador to the Sultan

Reviews for The Queen’s Ambassador to the Sultan

“Once more students of Ottoman diplomatic history are in debt to the scholar-publisher, Sinan Kuneralp, for Sir Henry Layard was one of the most remarkable and controversial of British ambassadors to Turkey in the nineteenth century and served there during the Russo-Turkish War of 1877-8 – and yet the volumes of his memoirs dealing with this period have hitherto languished unpublished in the British Library, in part perhaps because of their size….Sir Henry Layard was a notable archaeologist and politician but as a diplomat he was also remarkable. As the editor of his Constantinople memoirs says, he was ‘probably one of the last if not the last British ambassador to have wielded some influence in the Ottoman capital’, and ‘probably one of the first Westerners to talk about double standards when Turkey is concerned’. He was unceremoniously recalled by the incoming Gladstone administration in 1880, largely because of this latter attitude but whether he was also remarkable in the professionalized diplomatic service, as Layard says himself in his bitter concluding pages, by virtue of being dismissed ‘without a cause assigned and before he had completed the terms required to entitle him to a pension’ (p. 680), I am not sure – but he was probably right. Layard was not a perfect diplomat (he was too hot-tempered and too inclined to speak his mind) but he is the more attractive for this reason; in any case he had many other diplomatic virtues and was a genuine liberal. He was also an elegant and trenchant writer, and a perceptive judge of character – not least that of the Sultan, Abdulhamid II. These memoirs are strongly recommended.” G. R. Berridge