Store > Books > The British Consular Service in the Aegean 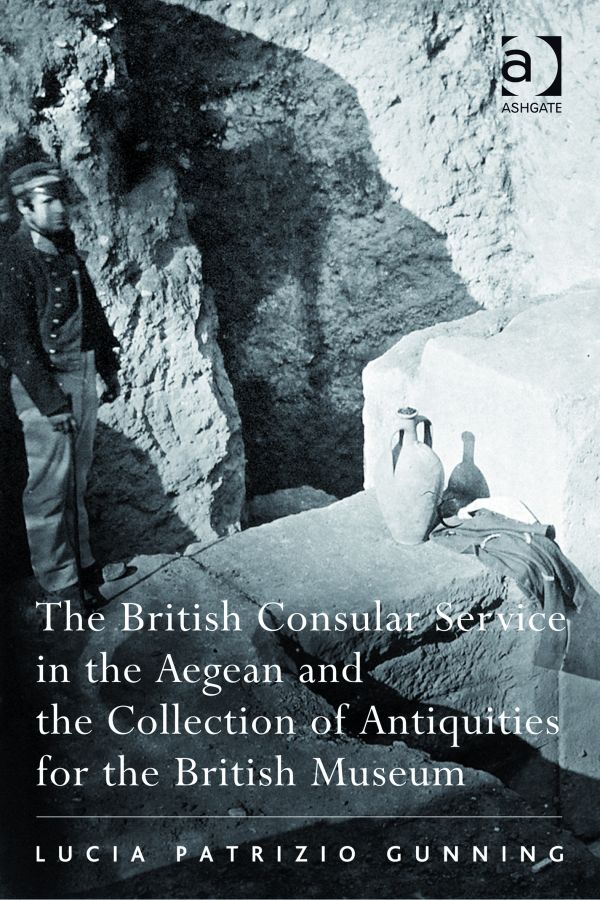 The British Consular Service in the Aegean

And the Collection of Antiquities for the British Museum

By 1800 aristocratic northern Europeans had been exporting Classical remains from Italy for several hundred years, but until then the Ottoman lands had been closed to would-be collectors of antiquities. With the 19th century everything changed. Improvements in sea transport, the enfeeblement of the Empire and the rise of a new type of collector – the national museum – combined to produce a huge outflow of statues and architectural fragments to the West in a period of about three-quarters of a century.

The exodus began with the removal of fragments of the Parthenon by Lord Elgin between 1801 and 1812, a task which consisted largely of lifting up and removing chunks of sculpture lying on the ground. But though until the 1960s and 1970s large numbers of Classical fragments continued to lie strewn in the open in towns across Turkey and the Near East, by the 1820s it was clear that the richest prizes would be found under the earth.

By then it was also apparent that the ancient treasures to be unearthed would not just be fragments of Ancient Greece and Rome. Earlier alternatives to Classical civilisation, Pharaonic Egypt and Mesopotamia, had come onto the menu for the museum-going publics of London, Paris and Berlin. The key figure was Henry Layard, a failed solicitor’s clerk from London who, lacking the money to go to university, had given up and gone tramping around the Ottoman world and Iran. He had been talented-spotted in 1842 by Sir Stratford Canning, the British ambassador in Istanbul, and made into embassy secretary. Canning had been trying, mostly unsuccessfully, to get the Turks to disgorge the remnants of the mausoleum at Halicarnasssos. There were, however, alternatives. In 1845 Layard was sent to the supposed site of Nineveh, and his discoveries there made him nationally famous and gave the British Museum its Assyrian hall.

A few years later the Crimean War made it more or less impossible for Turkey to refuse the requests of its British and French allies to excavate Classical sites. The Whig aristocrats then ruling Britain were prepared to pay cash and make the Royal Navy available to excavators. For museums it was a golden age. But within two decades Turkey would introduce its own archaeological regulations and also begin the first moves towards setting up its own national archaeological museum, while in the West archaeology started to become a science rather than a quick hoisting of plunder out of the earth.

In From The Harpy Tomb to The Wonders of Ephesus, Debbie Challis writes about the heyday of museum excavation, from 1840 to 1880, covering North Africa as well as Ionia and Anatolia. Lucia Gunning, in her elegant study The British Consular Service in the Aegean and the Collection of Antiquities for the British Museum, though without Challis’s illustrations, writes about the role of the consular service, particularly that of Charles Newton, a British Museum official sent out to Mytilene in 1852 under a thin consular disguise. Both are somewhat Hellenocentric: for Gunning Fethiye is “Macri”; and for Challis Bodrum “Halicarnassus”. This makes their embarrassed references to “Orientalism” (which to them apparently implies the Victorians’ jaundiced view of the Greeks they met) look just a little droll.