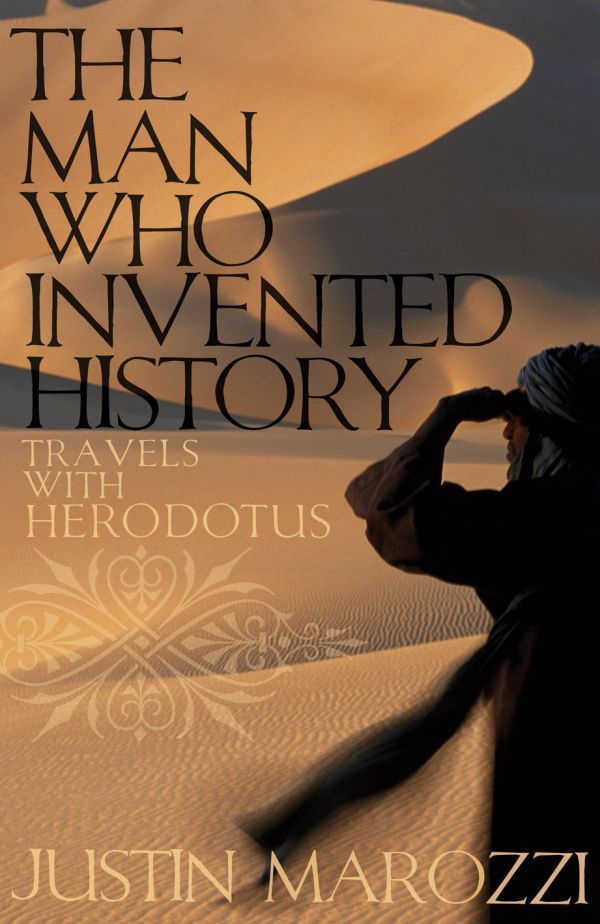 The Man Who Invented History

Justin Marozzi is that most precious rarity: a serious traveller who is also a real writer, with a wonderful feel for language, a gift for narrative and an enviable sensitivity and lightness of touch. William Dalrymple

Herodotus may have lived 24 centuries ago but he is our 21st century contemporary and companion - the father not just of history but of comparative ethnography too, not only a brilliant storyteller and indefatigable traveller but also a shrewd and tolerant observer of human fads and foibles on the grandest global scale. Justin Marozzi, himself a veteran traveller and journalist and intrepid crosser of cultural frontiers, does his hero full justice in this scintillating, thought-provoking and entertaining homage. Paul Cartledge, Cambridge University

Our Man in Halicarnassus

Where better to begin a Herodotean journey of discovery than the historian’s home town of Bodrum, the ancient city of Halicarnassus on the Aegean coast? The opening words of the magisterial Histories, in which Herodotus set out his world-changing ambition to enshrine the past, make it clear this is the one place we can be absolutely sure he knew.

“Herodotus of Halicarnassus here displays his inquiry, so that human achievements may not become forgotten in time, and great and marvellous deeds – some displayed by Greeks, some by barbarians – may not be without their glory; and especially to show why the two peoples fought each other.”

We do not know if Herodotus visited Babylon; we are not sure he really made it as far south as the First Cataract on the Nile (though I happen to think he did) and we cannot be certain about most of the details of his lifetime’s prolific wanderings around the Mediterranean, Aegean and Middle East in the fifth century BC, but we do know he came from Halicarnassus.

Two-and-a-half thousand years ago, this coastline on the margins of Asia was dotted with Greek cities. It wasn’t a bad stepping-off point for a man who liked to travel. Egypt was less than 400 miles away to the south. The islands of the Aegean and the mainland cities of Miletus, Priene and Ephesus were on his doorstep. Across the water, beyond the haphazard sprinkling of the Dodecanese and the Cyclades, great Athens glimmered like a beacon. To his east lay the centre of the Persian empire, Sardis, Babylon and beyond.

It is not easy to imagine Herodotus in Bodrum today. What would he have made of the sign on the waterfront that reads: “Come on our Boat for Fun and Frolic, The Captain is an Alcoholic!”? Though the concept might have amused him, the Father of History, it is probably fair to say, was not a natural booze-cruise man. He is easier to picture in the harbour taverns of Halicarnassus, talking to sailors about the journeys they had made, the lands they had visited, quizzing them about distances, climates, cultures, monuments and languages, standing a few rounds to loosen their tongues, palling up with merchants and foreign passengers from North Africa, Cyprus, Persia, Palestine and across the Greek archipelago in his efforts to understand and explain the world about him.

It is thanks to Cicero that Herodotus is widely known as “the Father of History”, but he was also the world’s first travel writer, foreign correspondent and investigative reporter, a pioneering geographer and anthropologist, madcap explorer, occasional dramatist and irrepressible storyteller. Whatever his shortcomings as a historian (he is commonly, though often unfairly, accused of making things up), he is more readable than most of his successors writing today.

The writer of The Histories was unlikely to have been the shy, retiring traveller with his nose buried in a papyrus, aloof from his fellow men. He would have been out and about, as his writing suggests, engaged and engaging, talking to anyone with a story to tell, collecting facts and folktales, histories, genealogies, legends and anecdotes, entertaining us at every turn. His inquiries and investigations did not consist of analysing, synthesising and criticising other people’s research from the comfort of an office or library. He did not have that luxury. He could never have been an armchair historian even if he had wanted to be, for there were no other historians to study. He was the first.

Literal landmarks on the Herodotean trail – from Thebes/Luxor and the ancient Oracle of Ammon in the Egyptian oasis of Siwa to Athens, Olympia and Delphi – often prove less remarkable than the parallels that emerge unexpectedly from them. The sexual free-for-all in Bodrum, for example, undeniably one of the place’s chief attractions for the younger generation, carries unmistakable echoes of Herodotus.

The Histories is vigorous testimony to his boundless fascination with sex. He writes about incestuous sex (father and daughter), divine sex (god and priestess), licentious sex, romantic sex, adulterous sex, comic sex (an impotent king), animal sex, bestiality (woman and goat) and necrophilia (Egyptian embalmer and corpse). There is no end to it. Bodrum’s promiscuity recalls his notes on the Nasamones tribe of Libya, where “It is the custom, at a man’s first marriage, to give a party, at which the bride is enjoyed by each of the guests in turn; they take her one after the other, then give her a present…”

More seriously, when travelling in Iraq, Herodotus’s spellbinding account of the Persian Wars brings powerful reminders of the tragic consequences of hubris. In his survey of that early clash of civilisations between a fledgling West and mighty East, between embryonic democracy and dictatorship, there are lessons – inevitably ignored – for the present. Perhaps Herodotus would have seen shades of Darius and Xerxes in President Bush’s triumphalist appearance on the aircraft carrier USS Abraham Lincoln on May 1, 2003 beneath a banner that read “Mission Accomplished”. Hubris on a grand scale.

Herodotus celebrates the glory of human diversity with a vigour that infuriated parochial Plutarch, who unkindly dubbed him “the Father of Lies”. Like a 19th-century explorer kicking African dust from his boots as he lectures in the hallowed halls of the Royal Geographical Society on some obscure tribe, Herodotus takes us into the mysterious world of the Libyans and Lydians, Egyptians and Ethiopians, the Massagetae and the Scythians, Thracians, Persians, Babylonians and Indians… Who are these people, he asks, where did they come from, what makes them tick? How do their customs – political, social, sexual, architectural, religious, commercial – differ from ours? What can we learn from them?

Though it was developed 2,500 years ago the Herodotean world view is surprisingly modern: respect foreign customs and cultures; stay within your natural borders; watch out for imperial overstretch; beware hubris leading you to nemesis. And never rest on your laurels, because, as the wise man Solon warns the prodigiously rich Lydian King Croesus in The Histories: “Often enough God gives man a glimpse of happiness then utterly ruins him.” Who would argue with that?