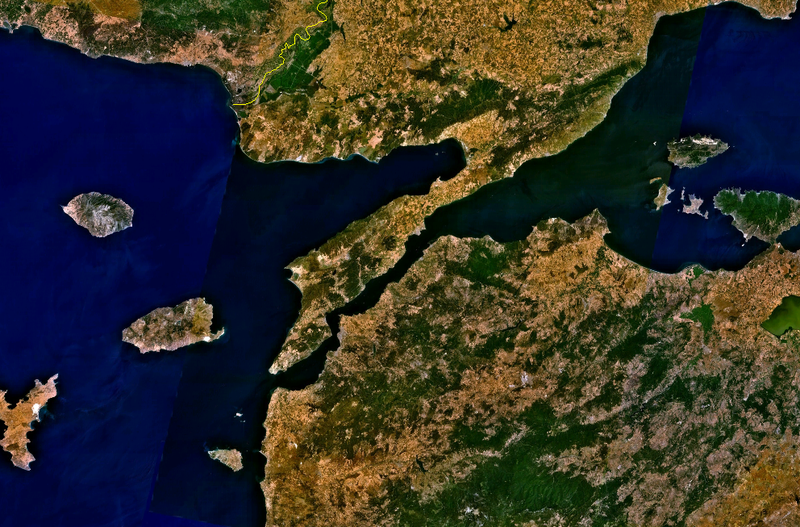 The legendary peninsula that Churchill assumed would be a walk-over one hundred years ago. 'One look at the map shows that he who controls the Gallipoli peninsula, controls the Dardanelles, and that he who controls the Dardanelles can pass a fleet to Istanbul. In 1915, the realisation was shared by everyone...', writes William Gurney in his article 'Brave Old World' in Cornucopia 20. It ended in tragedy for both sides, of course. But here, in the well tended Gallipoli National Historic Park, among peaceful farmlands and broad, sandy shores, they will find astonishing moments of reconciliation.

‘A good army of 50,000 men and sea power – that is the end of the Turkish menace.’ So said Winston Churchill in 1915 at the start of the Gallipoli offensive when mainly Australian and New Zealand troops were landed on the beaches. But it wasn’t the end of the Turkish ‘menace’ because leading the opposition was the charismatic Kemal Atatürk, who told the Turkish troops: ‘Men, I am not ordering you to attack. I am ordering you to die.’ And die they did, on both sides, in their tens of thousands. ANZAC day is April 25 when many Australians and New Zealanders return to visit the graves of the fallen.

‘The atmosphere on the peninsula, however, is not morbid,’ writes Kevin Gould in Cornucopia 24. ‘The songbirds sing (oh, how they sing!), and the ground is fertile, yielding grapes, olives, cotton and delicious sweet almonds. A cemetery surrounded by fields of yellow sunflowers, their heads turning towards the heavens, makes it easy to believe that its inhabitants did not die in vain.’

A gentle five-hour canter by car from Istanbul. You can take the seabird water plane from the Golden Horn if you want to get there and back in a day.

Best to have your own wheels, either hired or a taxi taken for the day. ‘All-inclusive minibus tours tend to take you from cemetery to cemetery: this is depressing and rarely helps you to understand what it was all for.’ (Cornucopia 20)