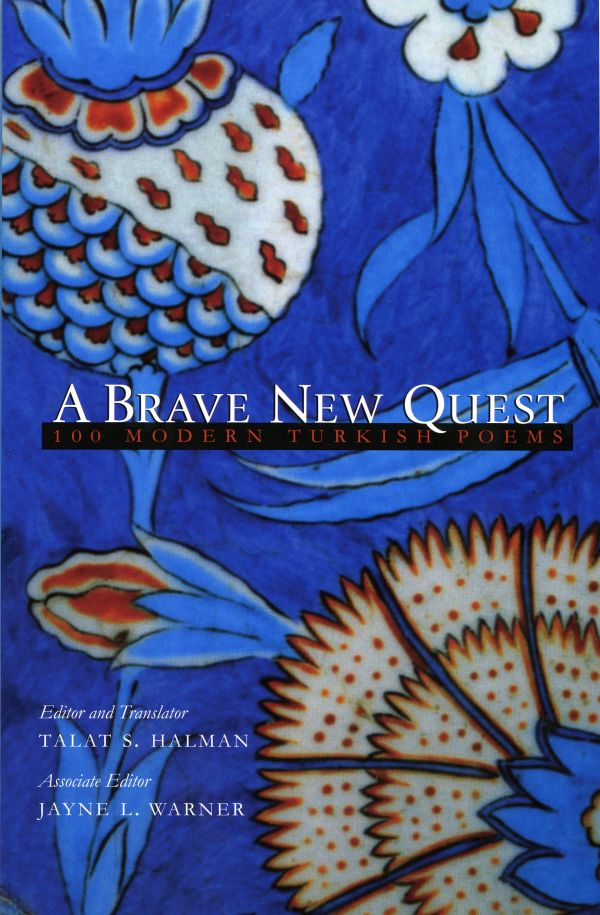 As Turkey’s novelists gain wider recognition in the West, its poets are beginning to worry. For centuries theirs has been the pre-eminent art. But, because they are difficult to translate, they do not get the recognition they deserve abroad.

Talat Halman’s new collection aims to correct that oversight. It is not so much an anthology as a sampling: a hundred poems by forty-four poets born between 1901 and 1958. Though he assures us that “no major poet who gained stature since the 1920s has been omitted”, there are quite a few strange holes in the tapestry. The closer we get to the present, the larger and more numerous they become. For though he claims that “decades of soul-searching” and “a feverish search for fresh modes of expression” have now resulted in a “brave new synthesis”, he sees no need to include any poet under the age of 48.

Perhaps his mind is on the larger picture. This is always a difficult thing to convey to the neophyte reader, but he does so in less than three pages, and with his usual grace, describing the twin traditions of the Ottoman age – divan and folk poetry – in one paragraph, and the restless inventiveness of twentieth-century poets in two. There is no time to put any of them in context, or to convey the sharp curves through which poetry travelled as the bold modernism of Nazım Hikmet gave way to the Garip (Strange) School of Orhan Veli Kanık, Oktay Rifat and Melih Cevdet Anday, only to reassert itself as a major influence on Edip Cansever, Cemal Sureya, Ece Ayhan, and several other Second Wave poets included here.

The poems are left to speak for themselves. Because the poets’ names come at the end of each poem, and because all poems have the same translator, there is a curious, though rather pleasant, consistency of mood. Ahmet Hamdi Tanpınar the romantic nationalist flows into Nazım Hikmet the romantic communist. Fazıl Hüsnü Daglarca the seer flows into Orhan Veli Kanık the urbane minimalist. Though the shadow of politics is sometimes evident, it is never allowed to dominate. This, too, is deliberate. Halman wants the music to send us into a reverie, and when he chooses his poets and poems well, it does. But it is difficult to appreciate their breadth or originality in isolation. I hope that Halman’s next collection gives us the wherewithal to appreciate them more deeply.