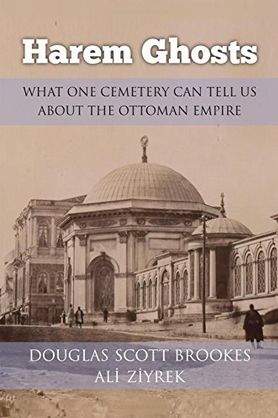 What one cemetery can tell us about the Ottoman Empire

The book interprets the design and impact of the Sultan Mahmud II Tomb in Istanbul, then explores the insights the tomb reveals about Ottoman culture in its splendid last decades, from 1840 to the 1920s. Woven into the tale are the life stories of the royals and concubines interred in the mausoleum, and the illustrious Ottomans buried in the tomb’s garden: statesmen, admirals, generals, and palace eunuchs who administered the Empire, but also musicians, artists, and poets who shaped its cultural life.

Harem Ghosts leads the reader through the enchanting site that began as the tomb for one monarch but evolved into the national pantheon of the Ottoman Empire – “the Ottoman Westminster Abbey” – at the heart of the Imperial capital. It uses the royal tomb of Mahmud II as a window into the past.