Store > Books > On The Sultan’s Service 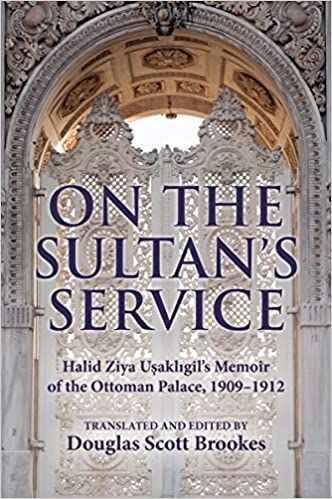 On The Sultan’s Service

“When at last we were approaching the Harem, the Sultan, surely quite alarmed, said to me in a low voice (was that so the eunuch walking in front of us wouldn’t hear, or because in this lonely and dark passageway he was frightened of his own voice?), Ne olacak? ‘What is to become of things?’”

Translated into English for the first time, this memoir provides fascinating first-hand insight into the personalities, intrigues, and inner workings of the Ottoman palace in its final decades. Written by Halid Ziya Uşaklıgil, who was First Secretary to Sultan Mehmed V and would go on to be one of Turkey’s most famous novelists, On the Sultan’s Service makes available to English readers the remarkable account of life and work in the Ottoman palace chancery-the public, “business” side of the palace-in its final incarnation. We learn of the court’s new role under this second-to-last Sultan in post-Revolution Turkey. No longer exercising political power, the palace negotiated the minefields between political factions, sought ways to unite the empire in the face of sharpening nationalist aspirations, and faced with a kind of shocked despondency the opening salvos of the wars that were to overwhelm the country. Uşaklıgil includes interviews with the Imperial family and descriptions of royal nuptials, the palaces and its visitors, and the crises that shook the court. He delivers an insightful and moving portrait of Mehmed V, the elderly gentleman who reigned over the Ottoman Empire through both Balkan Wars and World War I.