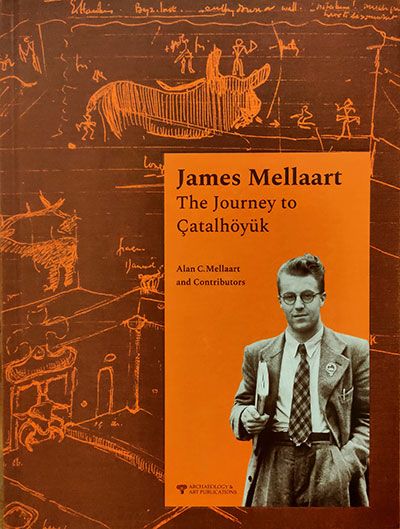 James Mellaart: The Journey to Çatalhöyük

To order in Turkey, email abone@cornucopia.net.

James Mellaart: The Journey to Çatalhöyuk explores the life of a key figure in 20th-century archaeology. In 1958 James Mellaart discovered ‘the world’s oldest city’. The unearthing of the 9,000-year-old Turkish site of Çatalhöyük revolutionised the way we think about prehistory. It also unleashed a lasting controversy.

Now a World Heritage Site, the huge Neolithic mound site of Çatalhöyük (sometimes written Çatalhüyük) brought to light evidence of a complex prehistoric society and revealed previously undreamt of art and culture. This was a flourishing settlement built on profits from obsidian, the glassy volcanic rock used to make early implements.

James Mellaart’s discoveries changed our understanding of the late Stone Age for ever. Born in London in 1925 of Scottish descent and educated in Holland in Egyptology, he took up archaeology as a young man, even playing a part in discovering the walls of Jericho in his early 20s. (It was then that John Carswell described him as the man ‘who joined history to prehistory’.)

He soon turned to Turkish studies, which led to his discovery of a series of landmark prehistoric finds in what was until then ‘virtually a blank on the archaeological map’. He was just 26 when he discovered Beycesultan in 1952. Hacılar followed in 1956 and Çatalhöyük in 1958.

However, there was far more to Jimmy, as he was universally known, than his archaeology. After a troubled childhood, he became a towering personality, whose life was filled with exotic adventure, though controversies would dog him.

This handsome collection of essays is a testament to the life of James Mellaart and his wife, Arlette, who from her teens lived in a beautiful 18th-century yalı on the Bosphorus, the romantic backdrop to Mellaart’s groundbreaking work. It is introduced by Alan Mellaart, their Istanbul-born son, who makes a frequent appearance as a child in his parents’ photographs. He recalls how the lives of his parents, with their contrasting family histories, unfolded against the social whirl of the Bosphorus in its Sixties heyday.

The editor, Emma Baysal, Associate Professor of prehistory at Ankara University, is a specialist in personal ornamentation, such as beads and bracelets, from the Paleolithic to the Bronze Age. Leading academics assess the impact of Mellaart’s work and his character with historical reports and vivid eyewitness accounts. Among the 17 distinguished contributors are Seton Lloyd, Mehmet Özdoğan, Sinan Kuneralp, Ian Hodder, David Stronach and John Carswell.

The launch of the book coincided with a new BBC documentary series, Raiders of the Lost Past. Episode 3, The World’s Oldest City, was on air on March 5. https://www.bbc.co.uk/programmes/m0008569

Cornucopia 19: ‘Under the Volcano’, James Mellaart’s own personal account of the discovery of Çatalhöyük, illustrated with his drawings.

Cornucopia 25: Reflections on a Lost Summerhouse: Arlette Mellaart on her family home on the Bosphorus, the Savfet Pasha Yalı

Cornucopia 35: The Man Who Changed History: a profile of James Mellaart by Christian Tyler.