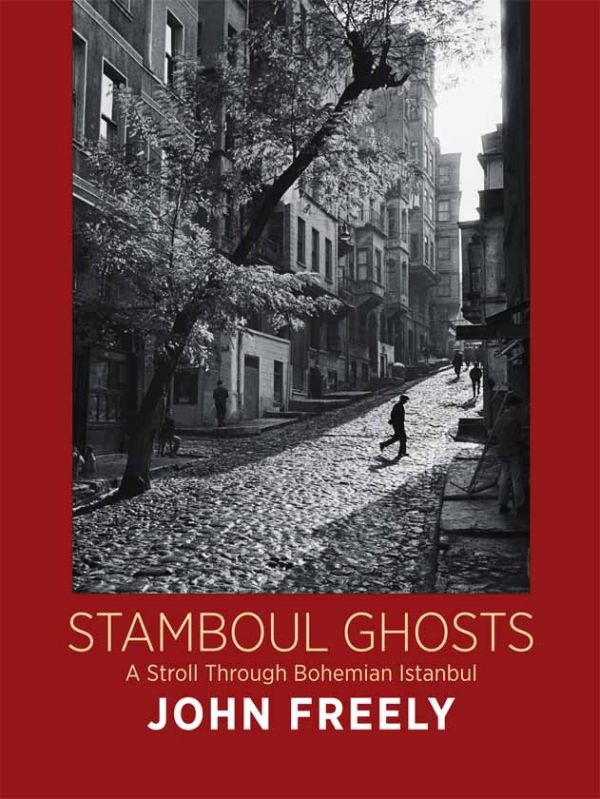 A Stroll Through Bohemian Istanbul

With the exception of Oğuz, so thin that he was known as The Ghost because he barely cast a shadow, everyone in John Freely’s rumbustious memoir, including the author himself, is larger than life. Bohemian Istanbul was a haven for myriad misfits who found their feet in the city. Glamorous, eccentric, cosmopolitan and frequently anarchic, they included the ‘berserker’ Peter Pfeiffer, a resourceful exile with three passports, Aliye Berger, the beautiful queen of bohemian Pera, the writer James Baldwin and, fleetingly, the future Pope John XXIII.

‘Would James Baldwin have felt quite so liberated in Istanbul if he had not been a frequent guest at John Freely’s parties and experienced that Never Never Land sense of bohemia among the expatriate faculty in an outrageously beautiful campus overlooking the Straits?’
– Andrew Finkel

‘The beautiful images that adorn this memoir are by the great Ara Güler. His work as a photojournalist for Magnum took him all over the world, and his archive of 800,000 negatives contains likenesses of Salvador Dalí, Alfred Hitchcock, Willy Brandt, John Berger, Maria Callas, Bertrand Russell, Pablo Picasso and Indira Gandhi, among others. But it is his chronicling of mid-twentieth-century Istanbul for which he is most loved.’
– Maureen Freely

Another powerfully reflective work is the late John Freely’s Stamboul Ghosts (Cornucopia, £16.95), featuring the charismatic, Bohemian intellectuals who populated the dark streets of postwar Istanbul. Freely’s written portraits are illustrated by photographer Ara Güler, who died in October, making this a doubly posthumous memoir of a city that both men fully inhabited and lovingly observed. – Barnaby Rogerson, Country Life

Reading this book, I found myself feeling incredibly grateful to John Freely. Through the time I have lived in Istanbul, he has cut through the sometimes hazy collective memory of the city, informed me and pushed me on to discover more. – Luke Frotstick, Bosphorus Review of Books

Fascinating anecdotes of colorful bohemian characters (including James Baldwin) who survived in the innocence of Istanbul of 1960s. Black and white city photos of Ara Güler (passed away yesterday) add an elegiac atmosphere to the economically delivered pieces. I enjoyed every paragraph… Selçuk Altun

One bright November day in 2015, John Freely and his daughter Maureen invited David Tonge, a longtime resident of Istanbul, and me to lunch at the Methuen, a Wiltshire pub not far from the care home where John had come to live after his wife’s death, and was working hard on another of his 60-odd books.

Before I ever met him, I imagined him to be the solemn, professorial type, an idea which survived the encounter by about 50 seconds. He delivered his stories – and he had a bottomless fund of them, historical, political, clerical, comical, familial – in a rapid-fire chatter, eyes sparkling, a light smile on his lips and with a drink in his hand, passing on so quickly to the next observation or suggestion that his jokes went off like time bombs, scattered in his wake.

The first that exploded, one evening at a party in Kandilli, involved Guatemala, and a small Indian boy running straight out of the jungle and up the steps of the mission church with a message for the priest. “So up he comes and there was this ruddy great crucifix,” John recalled, “and the little boy, he kind of skidded to a halt. And he looked up, and shouted out: ‘Jesus Christ! What happened to him?’’’

That was the first joke he shared with me, his trick to deliver the line and then move innocently on, with some kind of suppressed patter that gave you room to laugh. Then he’d break off to laugh, too, taking pleasure in your own.

Most of his books, including the one Hugh Grant sold Julia Roberts, were about Istanbul: its sultans, prelates, palaces, mosques and churches, its Byzantine nooks and Ottoman crannies, and some of the eccentric, eclectic, astounding people who found themselves, in one century or another, cast up on the Bosphorus shore, like the Freelys themselves.

It was an unusual destination for a man born in Dingle, on the west coast of Ireland, and brought up in Brooklyn in a family that moved house, as he would say, as often as the rent fell due. Istanbul became his home, and his muse. Not that he ever let go of places, any more than he forgot a face, or a story. At lunch at the Methuen he recalled that remote peninsula where his grandfather, a veteran of the Crimean War – hence the only one of his forebears to have seen Constantinople – had been made postmaster. It was a small stipend in reward for his military service, which amused John, who suspected that his grandfather couldn’t read.

“But then, none of the Dingle folk could read either, so they never received any letters, so it didn’t matter.”

Stamboul Ghosts, published posthumously, is about people he encountered in Istanbul, some of whom came to the parties the Freelys used to throw in their old Ottoman house above Robert College, later Bosphorus University, some who threw parties of their own – and some who turned up, like the elephant, by accident or mistake. One by one, in print as he did in life, John summons them from the shades. Here is the Ottoman grande dame Aliye Berger-Boronai in a grand muddle of love and forgiving, and Dr Hintir Hintiryan, an Armenian dentist who built himself a plywood castle on Büyükada, guarded by a simple-minded fisherman wearing papier-mâché armour, while in a shack down on the beach an Austrian holy man, who’d been a butler in New York after the war, writes poems that connected him to the universe.

I would give my eyeteeth to have been at the Freelys’ notorious parties, finishing nightcaps with James Baldwin “as the sun rose above the hills of Asia across the Bosphorus, with the first call to prayer echoing from both sides of the straits along with the clamour of barking dogs and crowing roosters”. He met people in the old Beyoğlu drinking holes, meyhanes where beer came in a giant glass called an Argentine, many of whom were finally carried away by drink, and there were people he met by hearsay and report, as real in John’s handling of them as people of flesh and blood, like the pre-war Papal Nuncio, or Trotsky, whose ideas inspired The Red Flag, a newspaper once published by John’s collaborator Hilary Sumner-Boyd on the Edgware Road.

His characters are bohemian, drunks and beggars, gays and faded aristocrats, some of them poets or academics, and all of them wedged into the ledges of the Strait, whose strata John ceaselessly mined. He knew how the parts interlocked, past and present, saints and monsters, the drama of human lives and the buildings that contained them, because he was fascinated by them; because he loved them.

One of the marvellous stories in Stamboul Ghosts concerns Oğuz Halûk Alplaçin, actually known as Hayalet, The Ghost, while he was still alive. He was so thin as to cast no shadow, drank rakı from morning to night, and developed an interest in Ireland by borrowing books from John’s library which he never returned. Long after The Ghost himself had died from cirrhosis – “the fate of most of my bohemian Turkish friends at the time” – some of those books started to make their own way back from second-hand bookstalls, while the myth of The Ghost of Beyoğlu grew apace, spurred on by films and books.

In 1991 John received a collection of Irish revolutionary songs with a dedication from his friends the O’Connors; yet over the page John found an earlier dedication from the Shiras, who had originally given him the book in 1962, before The Ghost abstracted it.

This story inspired a talk at the Istanbul Books Fair, after which Ömer Uluç, the painter, described John as “the memory of Istanbul”. Then even Ömer Uluç died, celebrated in John Freely’s memory; and now John himself is dead, and is celebrated in our own.