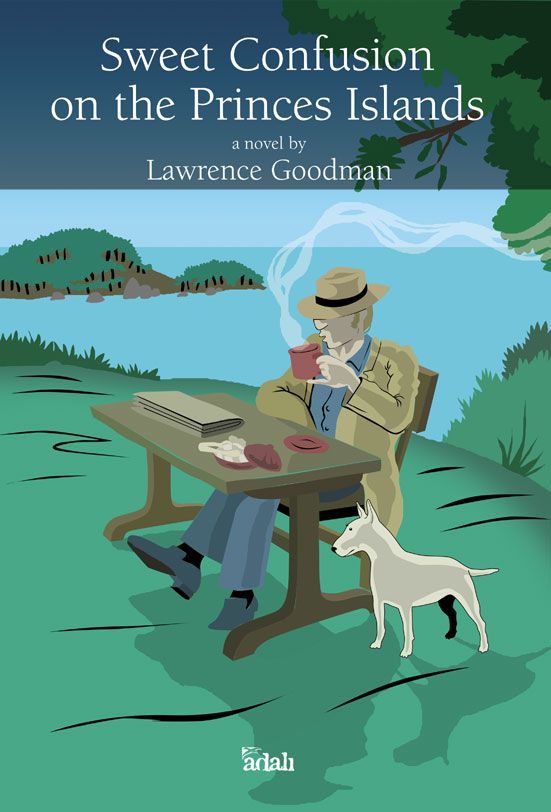 Sweet Confusion on the Princes Islands

By Lawrence Goodman
Published by Adalı
Sorry, this item is currently unavailable from Cornucopia.

An English teacher with a penchant for trouble pops up in Sweet Confusion on the Princes Islands. Lawrence Goodman’s comic mystery is a cross between a Tintin adventure and What the Butler Saw. Ed Wilkie, a long way from his native California, comes to find himself in exotic Istanbul. This entails spending time choosing the right tie and being seduced by women twice his age and weight. He also has a dog (not a white wire terrier called Snowy but a bull terrier named Starleen), a mystery to solve, and the woman of his dreams just around the corner.

I preferred this particular form of mayhem to Goodman’s second and more conventional mystery, Sour Grapes on the Princes’ Islands. Minor characters in the first book, a retired American diplomat and his wife, step to the front to solve the mystery of a Hollywood B-movie actor found knifed to death in a Bosphorus beach hut. The pair are from a previous era: not only do they behave like William Powell and Myrna Loy in The Thin Man but they flirt outrageously – with each other. Goodman populates his book with a cocaine-juiced society girl, a fading film star anxious to re-kickstart her career, a wealthy brothel-owner, an elderly businessman with a past, and a smug lawyer. They are all pretty unpleasant if you stop to think about it. But we’re not meant to do that. Andrew Finkel, Cornucopia 36.

Lawrence Goodman’s first novels were dreamt up as two self-contained parts of a quartet. The third ‘A Grain of Salt’ has just been published. Evocative, lighthearted, completely entertaining, they capture the atmosphere of the Istanbul’s min-archpelago in the Sea of Marmara, the Princes Islands - an hour from Istanbul but a universe apart. The characters lead somewhat wilder lives than one might suspect from their appearance as one steps off the islands ferry, but they do make for perfect holiday reading. Who knows, maybe fact is stranger even than fiction. John Scott