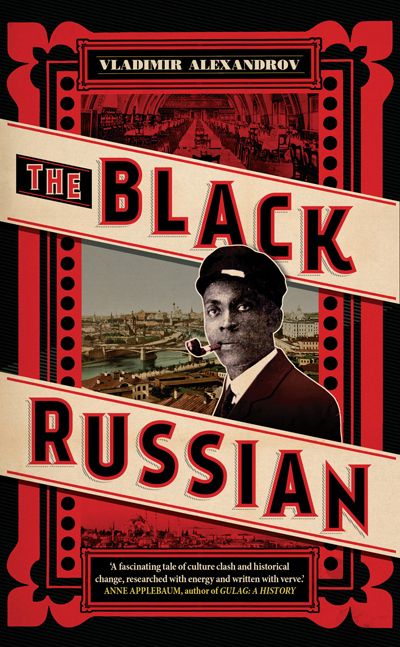 Published by Head of Zeus Ltd

The Black Russian is the most individual of biographies and a meticulously researched tour of the changing political and cultural landscape of the early twentieth century.

After the brutal death of his father when he was a teenager, Frederick Thomas fled the stifling racism of the American South and headed for New York City, where he worked as a valet and trained as a singer. Through charisma and cunning, Thomas emigrated to Europe, where his acquired skills as a multilingual maitre d’hôtel allowed him to travel from London to Monte Carlo before settling in Moscow in the glorious days before the 1917 Revolution. There Thomas became a rich and respected nightclub impresario, opening a lavish nightclub called Maxim.

With evocative backdrops in Moscow and later in Odessa and Constantinople, where Thomas rebuilt his life after the revolution, The Black Russian is an inspiring story of personal reinvention set in one of history’s richest periods.

Vladimir Alexandrov is B.E. Bensinger Professor of Slavic Languages and Literatures at Yale. He is the author of books on Nabokov and Tolstoy, and has published numerous articles on Russian writers and topics.