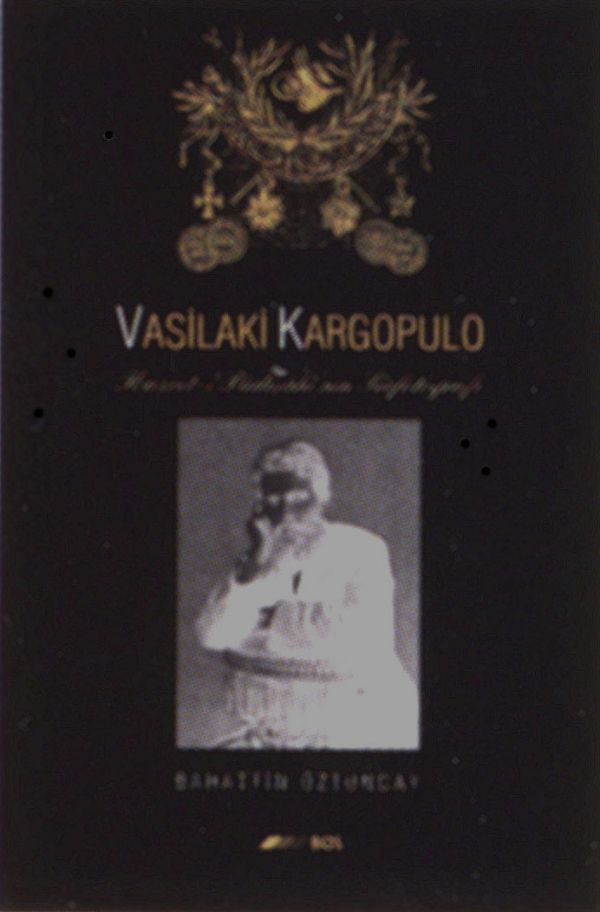 Vasilaki Kargopoulo: Photographer to His Majesty the Sultan

By Bahattin Öztuncay
Published by BOS, Istanbul
Out of Print

From the time of its invention, photography had a particular appeal for royalty: dynasties found it a new and unusually effective weapon in their constant efforts – as old as monarchy itself – to propagate their own image. For the dynasties of the Middle East, photography had the added advantage of propagating an image of dignified modernity. It could also help them see what distant, unvisited corners of their domains looked like.

In the autumn of 1839, only a few months after the first public demonstration of the new art form in Paris, French photographers gave Kavalali Mehmed Ali Pasha a private view in Alexandria. Within a short while, professional photographers had established studios in Cairo and Constantinople, and the Ottoman Sultans and Caliphs of all the Muslims were employing their own court photographers, just like their fellow-monarchs in Western Europe.

Bahattin Öztuncay’s new book, Vassilaki Kargopoulo: Photographer to His Majesty the Sultan, is devoted to one such photographer, an Ottoman Greek who opened a studio in Beyoglu, near the Russian embassy, in 1850.

Many Greeks were employed in the service of Sultan Abdülhamid II: for example, his doctor, Spiridion Mavroyennis, and his foreign minister, Alexander Karatheodory. In 1879 Vassilaki (or Basile) Kargopoulo was appointed Photographe de Sa Majesté Impériale le Sultan, with the right to display the Sultan’s tugra, or monogram, on his business card.

Over the next few years he created a unique visual record of the Ottoman Empire in its last years of glory. His subjects included Gazi Osman Pasha, defender of Plevna against the Russians in 1877; princes (including the future sultans Mehmed V and VI, as beardless young men); princesses; mevlevi and Bektashi sheikhs; the Bulgarian Exarch and the Orthodox Patriarch; street sellers; palace interiors and views of the Bosphorus, including what would appear to be the entire Ottoman fleet, moored off Büyükdere. Unlike his predecessors and sucessors, however, Abdülhamid II, for reasons best known to himself, was not photographed. He may have considered it inappropriate for the Caliph.

When Kargopoulo died of a heart attack, two months after receiving a gold medal for fine arts on January 29, 1886, he was succeeded as court photographer by his son, Konstantin Kargopoulo. In the mysterious ways of the Yildiz Palace, however, Konstantin lost the job in 1888. In 1895 the studio in Beyoglu was closed and the family went to live in Aydin.

Bahettin Öztuncay is an expert on nineteenth-century photography in the Ottoman Empire who has already written on two even earlier photographers of Constantinople from the 1850s: James Robertson and Ernest de Caranza. His latest work contains not only 259 old photographs but also a detailed discussion of the technical processes of photography as practised in Constantinople. It will delight all those who feel the wistful charm of the Ottoman Empire in the age of the fez and the stambouline.