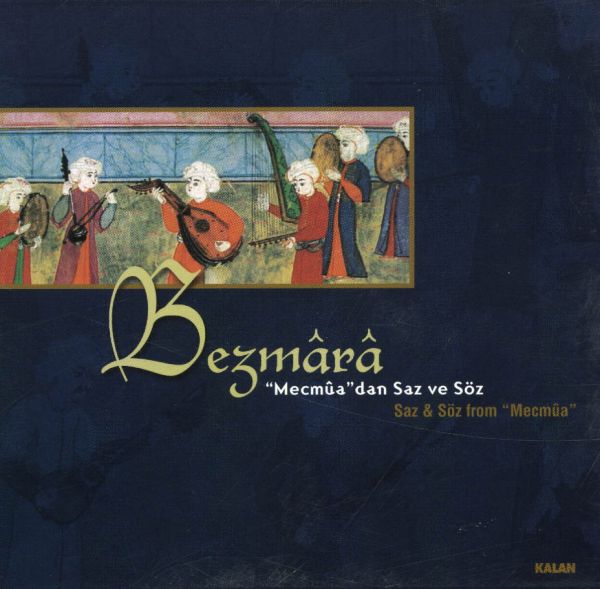 Founded in 1996 by the kemânçe (spiked fiddle) player Fikret Karakaya, for the purpose of performing ‘early examples of the Turkish musical repertory on reconstructions of lost instruments’, Bezmârâ is a musicologically pioneering, sonically fabulous ‘period’ ensemble. Characterised by dignified authority, a poised physicality, and great feeling for style and colour, their new CD, vibrantly recorded and copiously documented, tackles pieces from the Mecmûa-i Sâz ü Söz (Collection of Instrumental and Vocal Works) compiled in Istanbul in the mid-17th century by a contemporary of Evliya Çelebi, Ali Ufkî.

The story behind this landmark anthology and its author is fascinating. ‘Ali Ufkî’ was the adopted name of a Polish slave-musician-turned-dervish, Wojciech Bobowski (1610-75). Born in Lwów, Galicia (centre of trade with the Balkans and Black Sea), captured by the Turks, a convert to Islam, he worked at the Saray between around 1632 and 1651, meeting his duties under Murad IV, Ibrahim and Mehmet IV. On receiving his liberty, he became second interpreter at Court (a fluent linguist, he spoke Arabic, Persian and Turkish). Occidentally-trained, Orientally-drawn, he assembled the broad repertory of the Mecmûa, we’re told, ‘for himself alone, and not for a patron’. A collection without treatise, this runs to more than 300 pages, the western staff-notation written from right to left, following Ottoman script. Its value today, according to

Walter Feldman’s booklet notes, is that ‘it preserves a unique moment in the history of Turkish music when the international medieval Islamic style, centered in Iran, was no longer current in Turkey, and the music of the Court drew closer to the music of the people’. Published in 1998, only two manuscript copies survive – in the British Library and the Bibliothèque nationale. Focussing on some of the favourite music of the sultans, Bezmârâ provide a balanced group of songs, dances and ensemble peşrevs in the simpler makams (melodic modes, ‘composition rules’) of the day. And elaborate a pertinent bonus - a‘Plaine and Easie Introduction’, a ‘European Person’s Guide’, to the sound of old Persian/new Ottoman instruments in transition between obsolescence and adoption. The unaccompanied improvisational taksims for kemânçe, çeng (open harp), ney (oblique flute), kanun (plucked zither), santur (hammered zither), kopuz and şehrud (types of short-necked lute) are evocatively, remotely beautiful.
Ates Orga

Related places from the guide