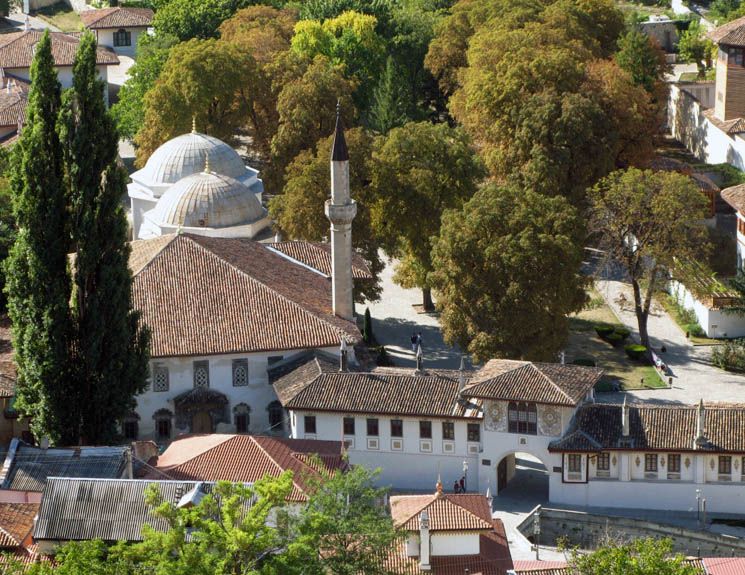 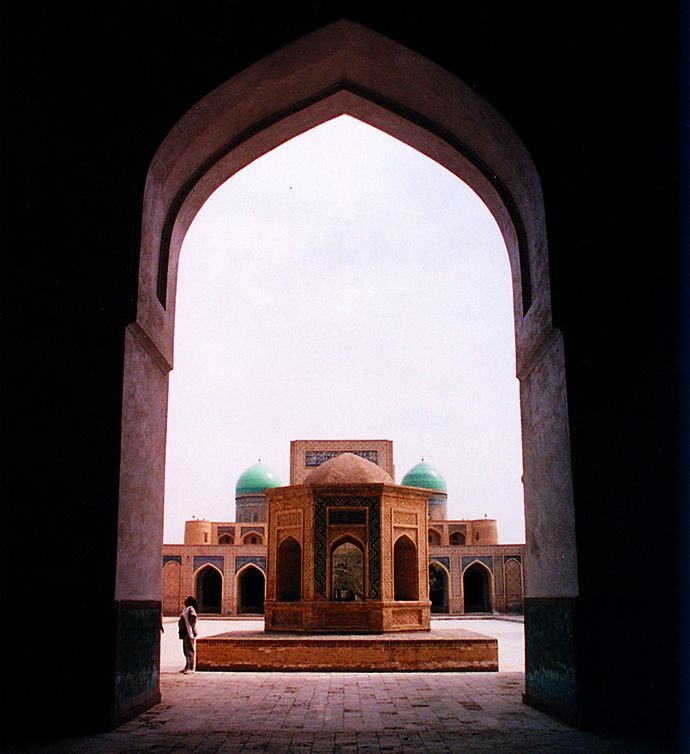 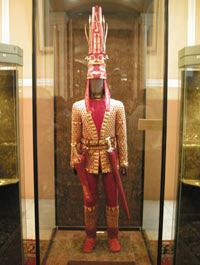 The Turkic tribes spread west from China and traders travelled the Silk Road, giving an exotic flavour to the names of places such as Samarkand. Cornucopia sets out across the wide spaces of Central Asia from the Black Sea to the frozen wastes of Yakut and welcomes contributions from readers: feedback@cornucopia.net

The Crimean Peninsula is a patchwork paradise shaped by a turbulent history. Cornucopia 49 devotes 100 pages to this bewitching land, now part of Russia, and celebrates its Turkish legacy, from coast to coast, mountain to steppe. Simferopol, the capital, is a short flight from Istanbul, a long one via Moscow. In 2014, the easiest way to get around was to hire a car and driver at around £125 for a day. Currnet travel tips welcome to feedback@cornucopia.net.

Azerbaizhan's capital grew rich on oil in the late 19th century, and its barons were phenominally wealthy, building mansions that were rumoured to be made of gold. The modern city is centred around a Unesco World Heritage Old Town.

A country rich in Turkic art and architecture. More than the capitcal Teshkent, Samarkand is home to the wonders of Central Asian architecture.

Gold in the largest, richest country in Central Asia comes not only from oil, but from the burial mounds of Scythian psstoral nomads.