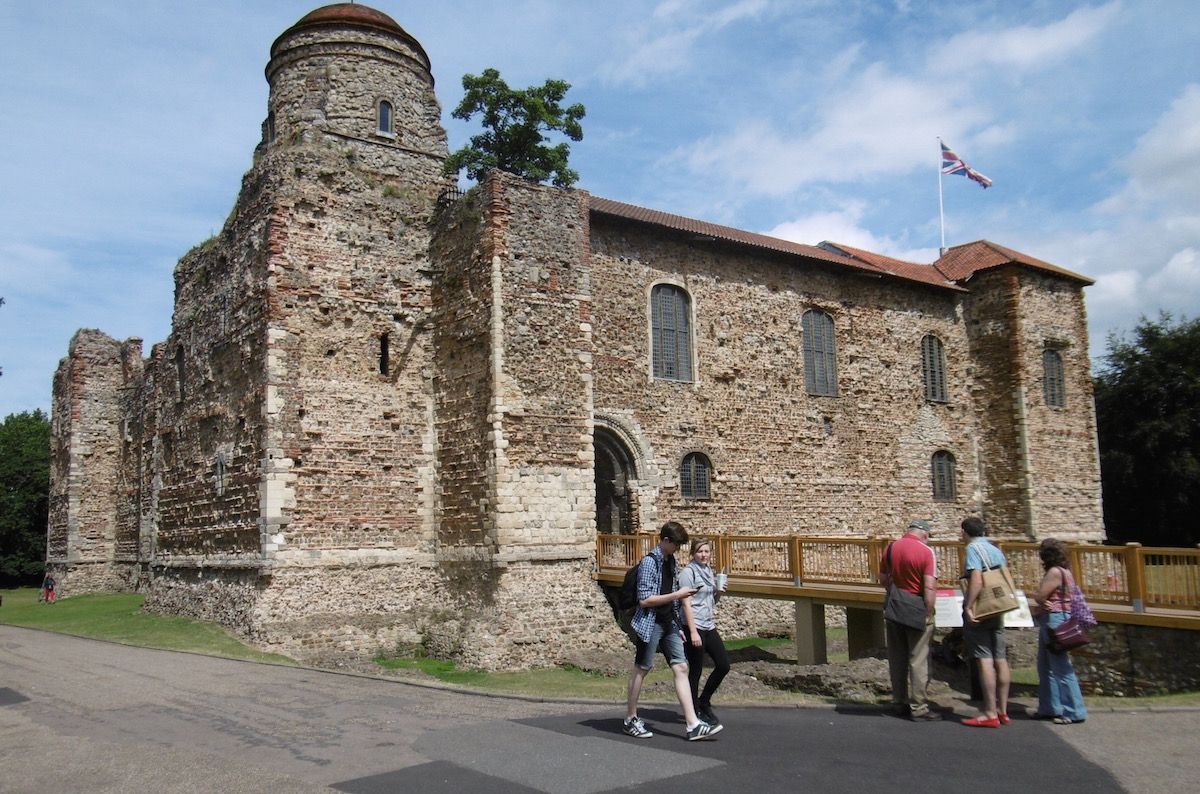 The coat of arms of the town of Colchester is the shield of St Helen, mother of Constantine I, who in medieval time was said to have been, like her son, born here. Colchester was then Camulodunum, Rome's first city and its most important in Britain. Its Temple of Claudius, the largest in the country, was on the site of the medieval castle that now houses the town's museum. Helen, it was said, was married King Coel -- the Old King Coal of children's nursery rhymes. She has been the patron saint of the city for more than 1,000 years and her figure tops the town hall. In 2000 St Helen's Chapel, dating from the 8th century and built on a corner of the Roman theatre, became a Greek Orthodox church under the Antiochian Deanery of the UK and Ireland. Open to visitors, it comes as a surprise to see icons and and an iconostasis in such a traditional English church. Constantine was in fact born in Niš in modern Serbia, came came to Britain with his father, the emperor Constantius, in 305, and was in York when he was declared emperor. Helen is now thought to have been born in Hersek in the Gulf of Izmit, Western Anatolia.