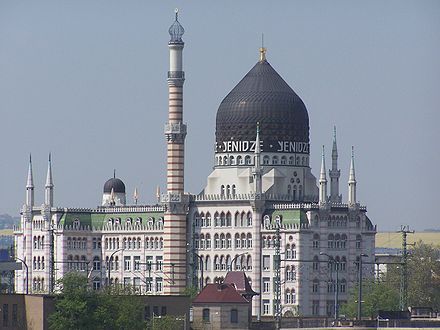 The Saxon capital's commercial links with the Ottoman empire are clearly visible in the Yenidze cigrette factory building. With oriental domes and 600 windows, it was designed by the German architect Martin Hammitzsch for a company that imported tobacco from Tanidze in Thrace (modern Genisea in Greece). Completed in 1909, is is now used for offices. Dresden also has one of the world's largest military museums, in the castle, the Residenzschloss, where the spectacular Turkish Room, Türckische Cammer, opened in 2010, and was reported in the Connoisseur pages of Cornucopia 43