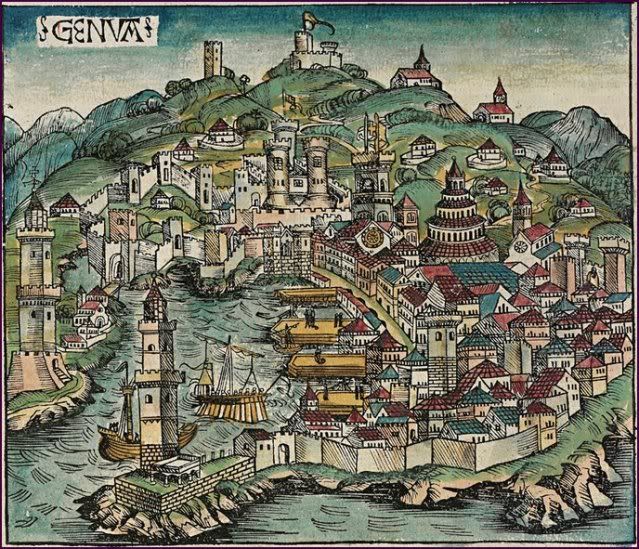 The republic of Genoa left its mark on Istanbul — with the Galata Tower, built in 1348 at the entrance to the Golden Horn and, at the other end of the Bosphorus, Yoros Castle, which  gained the name of Genoese Castle after its capture by the republic in 1414. Allied with Byzantium against Venice, Genoa's debris of occupation is scattered around the eastern Mediterranean and the Black Sea, including Trabzon and the colony of Kaffa (Feodosia) in Crimea. Genoa was subsequently a maritime foe of the Ottomans, and a crunch came when the Holy Roman Empire’s fleet and the Ottoman fleet, under the Mediterranean’s two most famous admirals, Andrea Doria and Barbarossa, met at the battle of Prevesa in 1538.

The city still has a maritime air, and the Galata Museo del Mare in the Old Port has a replica 17th-century galley, and a rooftop cafe that takes in the view.