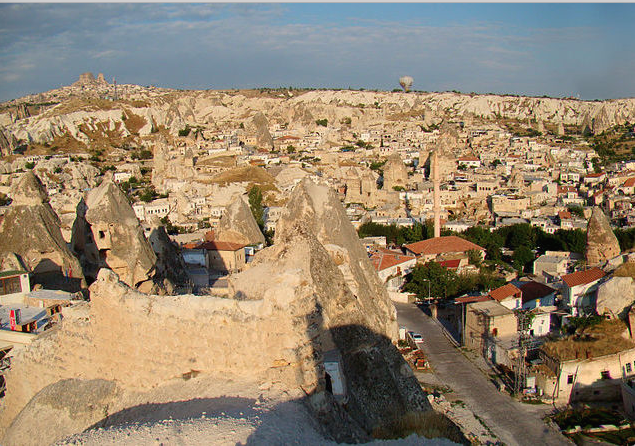 Ürgüp was once the prinicipal town for this extraordinary region of some 3,000 rock-cut churches and chambers, but the Open-Air Museum at Göreme at the centre of the national park has made this farming town, formerly called Avcılar, famous. It makes a base for exploring the region, perhaps by hot air balloon. Uçhisar, 5km away, is a town with the twin peaks of a natural fortress, the highest in Cappadocia. The region's treasures are below ground as well as above –  an underground city was discovered at Ozkonak in 1972. The volcanic land creates fertile valleys and gorges, such as the Ilhara canyon, known as Anatolia's Garden of Eden, and the winelands described in Cornucopia 31.