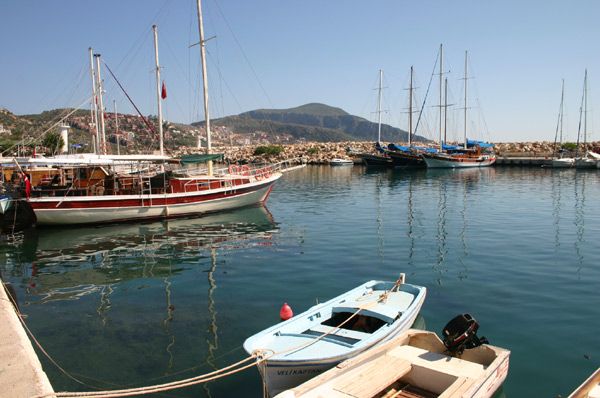 An attractive harbour village in the centre of the coast, this is a good base for exploring the ruins of the Lycian cities of Xanthos, Letoön and Patara, which can all be visited easily in a single day. Some 17 km inland, at a height of 700km, Bezirgan lies in the fertile bed of a former lake where many families from Kalkan have their summer pastures (yayla). Wooden grain stores, ambars, are said to have changed little since they were used by Lycians more than 2,000 years ago. Kalkan also has breathtaking modern architecture, as Andrew Finkel discovered when he visited the spectacular home built for US Congressman Stephen Solarz and his wife Nina Cornucopia 29.

Kalkan is 80km east of Fethiye, 200km west of Antalya.