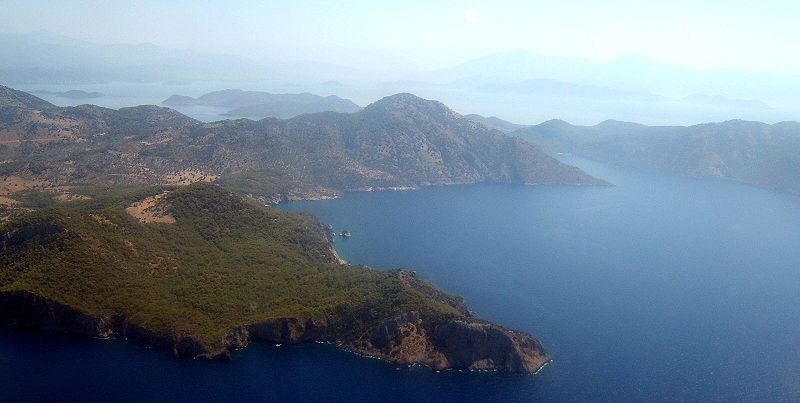 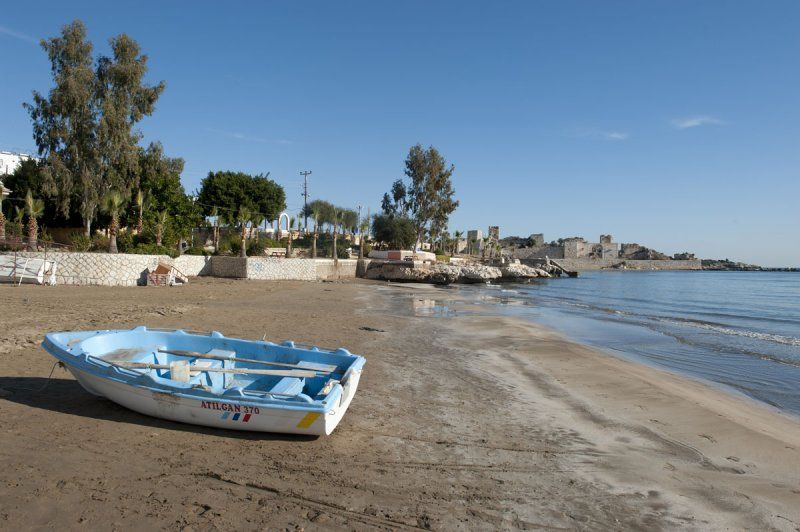 We divide the Mediterranean coast, littered with archaeological sights, into two halves. To the west the Taurus mountains dramatise the Turquoise coast. To the east of Antalya the plains stretch towards less visited Tarsus and Antakya. In the west, the giant spine of the Taurus Mountains divides Turkey's Mediterranean coast from the high plateau of the Anatolian interior and falls steeply to the shore. To the east, as Jacqueline de Gier writes in Cornucopia 23, 'the southern crook of the Turkish coast, from Antalya to Mersin, is perhaps not as easy to enjoy as the bays and harbours of the Turquoise Coast to the west. Dominated by the Taurus Mountains, its beauty is in its austerity. Its wild, often deserted unpredictability no doubt explains why it was a favourite hide-out for pirates, priestesses, oracles, nuns and heretics. It lured the most eccentric men and women, as in an odd way it still does...'

Antalya, marking the centre of Turkey’s south coast, sprawls across the low plateau that once defined the western edge of Roman Pamphylia and included some of Rome’s most populous, prosperous cities, such as Aspendos, Perge and Side.

In Antalya’s hinterland you come first to Termessos, then you must drive up and over the watershed to seek out Sagallasos, the great city endowed by the emperor Hadrian in mountainous Pisidia. ‘Armed with the accounts of Quintus Curtius, Arrian and Freya Stark, and carrying large-scale maps published by the British War Office in 1957, we followed Alexander’s footsteps north from Antalya to Termessos,’ writes Brian Sewell in The Road to Godhead (Cornucopia 2), ‘a city that he briefly and unsuccessfully besieged, impatient to move on.’

To the west, between Antalya and the Bodrum peninsula lies Turkey’s most obviously beautiful coastline, peppered with wonderful ruins, such as Phaselis and Caunus, and equally welcoming coves. Although it is wonderful driving country, as Christian Tyler writes in A Hard Day’s Sailing (Cornucopia 18), ‘A good solution is to approach ancient sites from the sea.’ This is the coast best known for its gulet cruises.

Head west of Antalya and you are virtually in arcadia. Head east and it is a very different and far wilder story. For sheer exhilaration find any excuse to make for the interior. The rose harvest on the shores of Lake Burdur is not to be missed.

Once the domain of the kings of Lydia, the exceptionally beautiful Turquoise Coast between Marmaris and Antalya is best appreciated by boat. Its sandy beaches and towering cliffs that plunge to great depths beneath the sea conceal many classical sights.

With ancient sights, crusader castles and empty landscapes, Roman Cilicia has a coast of two halves. To the west, from Alanya to Silifke, the road runs around winding clifftops at the edge of the Taurus mountains where wild flowers are abundant.

The spectacular rugged mountain range that runs from east to west along Turkey's southern Mediterranean coast – a favourite escape for Cornucopia contributors.

Peace in high summer might be at a premium in the capital of the Mediterranean coast. Its population of around a million is the fastest growing in Turkey, and in 2011 10 million arrivals apparently made it the world's third most visited city.