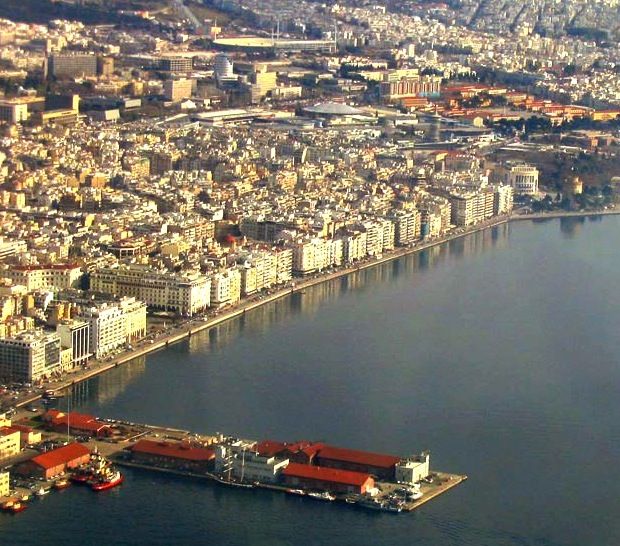 Greece’s second city is said to take its name from Thessalonike, half-sister of the Macedonian king Alexander the Great, and its port has ensured its importance. There is a lovely view across the bay towards snow-capped Mt Olympus. Atatürk was born here in 1881, but the great fire of 1917 left little of the city he knew. The covered Modiano market dates from 1922 and is an atmospheric place to eat. The university gives the city a liveliness, and it will become the European Youth Capital in 2014. The tomb of Philip II, father of Alexander, was discovered in 1977 at Vergina, 60km west of Salonica, and a museum with spectacular gold artefacts, ivory carvings and wall paintings has been established inside the tumulus.

The city’s legacy as Byzantium’s second city can be seen in the beautiful ancient churches scattered around the higher parts of the city, a dozen of them on Unesco’s World Heritage List. In the centre of town is Aghios Demetrius, the largest church in Greece, dating from the 4th century, which was rebuilt after being largely destroyed in the 1917 fire. The 4th-century Roman Rotunda of Galerius is another Unesco Site. The White Tower, rebuilt by the Ottomans after the capture of the city in 1420, is the stand-alone historical feature of the waterfront and the last remnant of the city walls. Used as a prison, in 1829 it was the scene of “The Auspicious Incident”, the mass slaughter of Janissaries who were schooled in the town, following their revolt. Thereafter it was called the Red or Bloody Tower until it was renamed by the Greeks, and it now contains a small museum about the city. Near the tower are museums dedicated to archaeology and Byzantine culture. As a gesture of good will, the Greek government gave the Turkish government the three-storey house where Mustafa Kemal Atatuk was born. It has been restored with original furniture and visits can be arranged through the Turkish consulate next door.

Getting There: Macedonia International Airport is 15km from the city centre. There are buses from Istanbul and Athens.