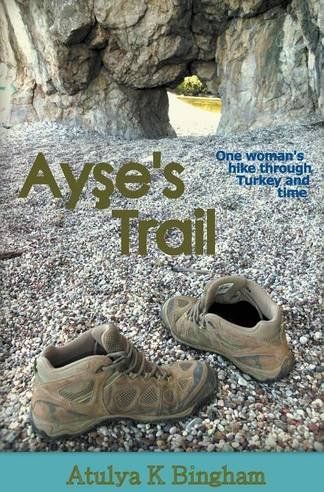 One Woman’s Hike Through Turkey and Time

Published by Mudhouse Publishing
Sorry, this item is currently unavailable from Cornucopia.

Ayşe Metin - a 38-year-old mother from Istanbul - decides to tackle the Lycian Way in southern Turkey. She has never camped alone in her life. As she strikes out into Lycia’s ancient forests, she is on a quest to leave behind the past. But the Lycian Way is a footpath steeped in memories. Unknown to Ayşe, as she clambers over the precipices of the Mediterranean coast and through the lost cities of the trail, she is walking in someone else’s footsteps. 2500 years earlier, when Lycia was an independent state and worshipped the Goddess Leto, the Persian general Harpagos was stomping along the very same road in a bid to take over the ancient world.

As Ayşe continues her lone, meandering odyssey of self-discovery, her troubled youth in Istanbul re-emerges. But she’s not the only one to remember. Unknown to most, the legends of old still haunt Lycia. Her stories call out to the walkers and shepherds as they climb over her timeless skin. Because time is not what we think it is. The past is never over. And a map can only ever tell so much of what a trail is all about.

Based on the true story of Ayşe Metin.