Store > Books > Constantinople and its Environs 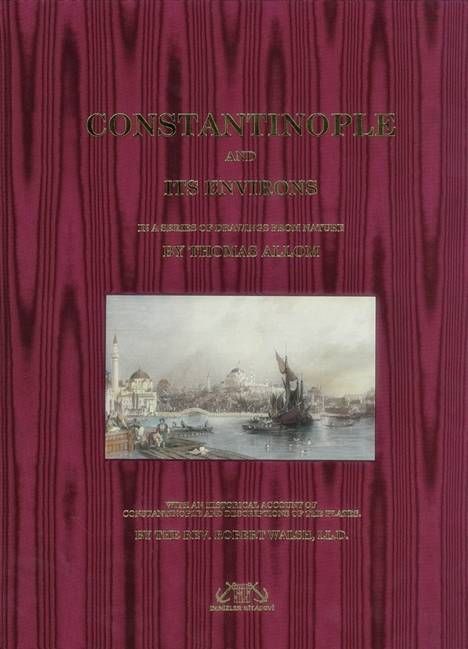 Constantinople and its Environs

A series of drawings from nature by Thomas Allom

A series of drawings from nature by Thomas Allom, with an historical account of Constantinople and descriptions of the plates by the Rev. Robert Walsh, LLD.

Thomas Allom (1804–1872) is chiefly known for his numerous topographical works, which were used to illustrate books on travel. From the 1820s onwards, he travelled extensively through the UK and mainland Europe. In 1834 he arrived in Istanbul, and produced hundreds of drawings during journeys through Anatolia, Syria and Palestine. The results of this expedition were published in 1838 in Constantinople and the Scenery of the Seven Churches of Asia Minor published in two volumes with text by Robert Walsh. Emily Reeve’s Character and Costume in Turkey and Italy, published in London in 1840, was also illustrated with engravings by Allom. He is also remembered for numerous illustrations of China, published in China Illustrated in 1845.