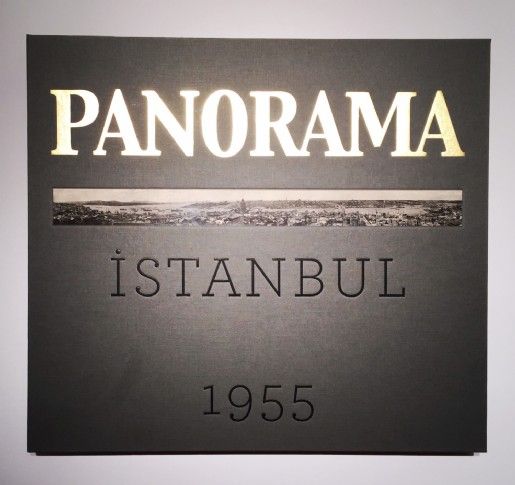 There is a rich tradition of panoramas of the city of Istanbul, with the first being drawn in 1559 by the artist Melchoir Lorichs. The first panoramic photographs were taken by James Robertson in 1854 and this tradition was continued by several by several other photographers, including Kargopoulo, the Abdullah Brothers, the Giilmez Brothers, Guillaime Berggren, and Sebah & Joaillier. When the Ottoman Empire drew to an end, this tradition was forgotten until 1955 or 1956, when an unknown photographer took a panorama consisting of eight separate photographs, each measuring 20.3 x 238 cm. These photographs were taken form the top floor of Metro Han in Tünel Square, which looks over Beyoğlu, the historical peninsula, and across the Boshporus to the Asian shore.