Store > Books > Stealing from the Saracens 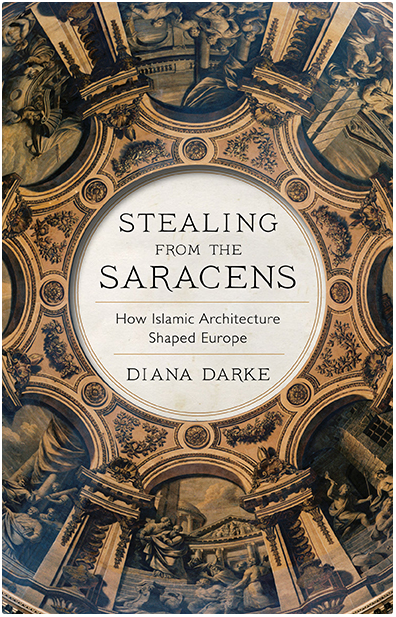 Stealing from the Saracens

A revealing history of Islamic architectural influence on Europe’s cathedrals, palaces and monuments.

Against a backdrop of Islamophobia, Europeans are increasingly airbrushing from history their cultural debt to the Muslim world. But this legacy lives on in some of Europe’s most recognisable buildings, from Notre-Dame Cathedral to the Houses of Parliament.

This beautifully illustrated book reveals the Arab and Islamic roots of Europe’s architectural heritage. Diana Darke traces ideas and styles from vibrant Middle Eastern centres like Damascus, Baghdad and Cairo, via Muslim Spain, Venice and Sicily into Europe. She describes how medieval crusaders, pilgrims and merchants encountered Arab Muslim culture on their way to the Holy Land; and explores more recent artistic interaction between Ottoman and Western cultures, including Sir Christopher Wren’s inspirations in the ‘Saracen’ style of Gothic architecture.

Recovering this long yet overlooked history of architectural ‘borrowing’, Stealing from the Saracens is a rich tale of cultural exchange, shedding new light on Europe’s greatest landmarks.

Diana Darke is an Arabist and cultural expert who has lived and worked in the Middle East for over thirty years. She is the author of The Merchant of Syria: A History of Survival and My House in Damascus: An Inside View of the Syrian Crisis.

Reviews for Stealing from the Saracens

‘Another brilliant challenge to Islamophobes everywhere, skilfully telling the architectural counterpart of Moller’s tale, and showing how much Gothic architecture drew on the forms and innovations of Arab architects and mathematicians.’
William Dalrymple in The Spectator (Book of the Year 2020)

‘A fascinating account of the way in which architectural techniques, ideas and aesthetics are actively and explicitly shared between people, indifferently as to whether they happen to be friends or enemies. Darke’s book reveals much that is surprising about the canon of European architecture, telling us how human relations are inevitably shared and forgotten only at their mutual peril.’
Faisal Devji, Professor of Indian History, University of Oxford