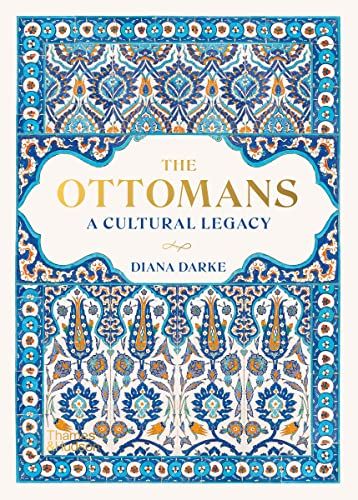 A richly illustrated guide to the Ottoman Empire, 100 years since its dissolution, unravelling its complex cultural legacy and profound impact on Europe, North Africa and the Middle East.

At its height, the Ottoman Empire spread from Yemen to the gates of Vienna. Western perceptions of the Ottomans have often been distorted by Orientalism, characterising their rule as oppressive and destructive, while seeing their culture as exotic and incomprehensible. Based on a lifetime’s experience of living and working across its former provinces, Diana Darke offers a unique overview of the Ottoman Empire’s cultural legacy one century after its dissolution. She uncovers a vibrant, sophisticated civilisation that embraced both arts and sciences, whilst welcoming refugees from all ethnicities and religions, notably Christians and Jews.

Darke celebrates the culture of the Ottoman Empire, from its aesthetics and architecture to its scientific and medical innovations, including the first vaccinations. She investigates the crucial role that commerce and trade played in supporting the empire and increasing its cultural reach, highlighting the significant role of women, as well as the diverse religious values, literary and musical traditions that proliferated through the empire. Beautifully illustrated with manuscripts, miniatures, paintings and photographs, The Ottomans: A Cultural Legacy presents the magnificent achievements of an empire that lasted over 600 years and encompassed Asian, European and African cultures, shedding new light on its complex legacy.

Reviews for The Ottomans

“Exquisitely written and lavishly illustrated, this delightful book brings five centuries of Ottoman culture to life. Diana Darke constantly amazes the reader with fascinating facts and points of relevance between the Ottoman past and the present day”
Eugene Rogan, author of The Fall of the Ottomans