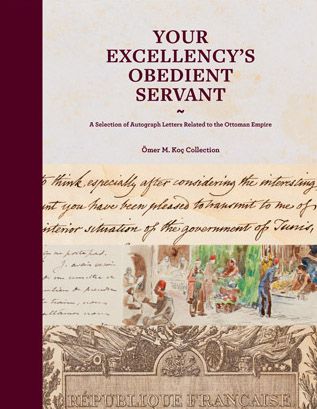 A Selection of Autograph Letters Related to the Ottoman Empire, from the Ömer M. Koç Collection

Handwritten letters of historically significant personalities have always been highly sought-after collectors’ items. This passion, which originated in Ancient Greek and Rome, gained wide appeal in the 16th century, and it continues into our age. In addition to their status as historical documents, handwritten letters also establish an emotional connection with their eminent authors.

Your Excellency’s Obedient Servant, has selected samples from the Ömer M. Koç Collection from 1795 to 1922. Presented in chronological order, they were written in Latin script by such prominent and colourful figures as Grand Vizier Mustafa Reşid Pasha, Abdülhamid Efendi ─ then still a prince, Queen Victoria, Lord Kitchener, Pierre Loti, and Florence Nightingale.