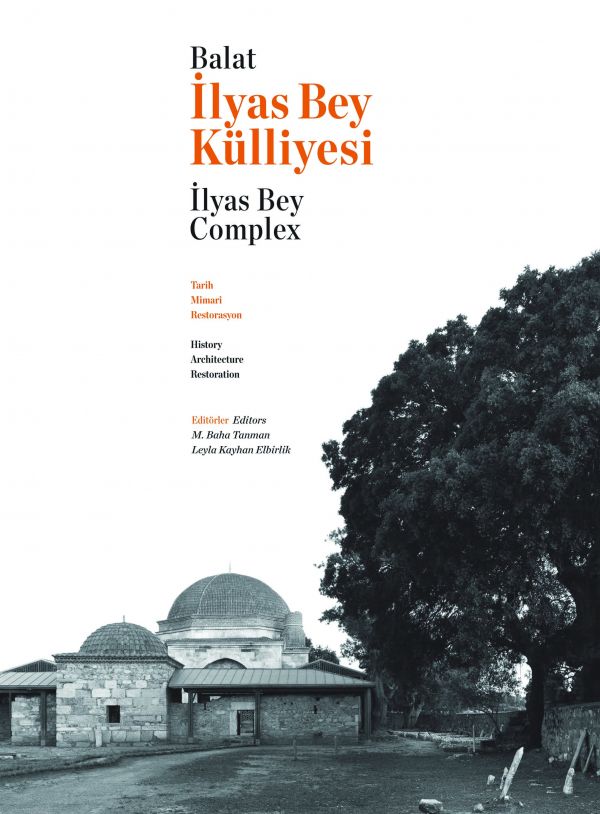 ‘Following the byways of medieval Anatolian history leads us to wonderful dead ends, places of 'what if?'; places and buildings whose high artistic qualities demand to be savoured on their own.’
Scott Redford – Cornucopia 47

A superbly produced, weighty volume full of plans, analysis and Cemal Emden’s excellent photographs. Essential reading for specialists in the architecture of the Selçuks.

Beauty in the Byways

Who gives a lick about the Beylik period? Whose bailiwick is the Beylik? In the streamlined version of history fed us by tour guides, the first Turco–Islamic state in Anatolia is the Seljuk sultanate, followed by the Ottoman Empire. But there is a real pleasure to exploring those states who weren’t “first” or who didn’t go on to found “world empires”.

Following the byways of medieval Anatolian history leads us to wonderful dead ends, places of “what if?”; places and buildings whose high artistic qualities demand to be savoured on their own, without a historical trajectory necessarily giving them importance. The architecture of the period that is neither Seljuk nor Ottoman is one of these.

The term Beylik is a lumpy catch-all, standing for all of those states which sprang up during and after the long, slow decline of the Seljuk sultanate in the late 13th century and were swallowed up by the Ottomans as they expanded in Anatolia in the 14th and 15th centuries.

When Byzantine frontiers in Anatolia crumbled in the latter half of the 13th century, emirates (beylik) were established up and down the Aegean coast. The mosques, medreses and palaces of places like Aya Soluk (Selçuk), Milas, Birgi, Peçin and Manisa introduce us to the fascinating world of 14th- and early-15th-century Turco–Islamic architecture with an Aegean slant, with architects from Mamluk Syria and Egypt, Venetians and Türkmen living side by side, and Crusader castles built in Bodrum and Izmir. It is a fascinating mixture of regional, historical and international styles: imagine Venetian Gothic profiles and muqarnas carved out of antique marble in the same mosque and you have a sense of the wonder of this period.

One of the most important Beylik buildings is the subject of this book – the marble-clad, exquisitely carved İlyas Bey mosque, built in and out of the ruins of the ancient Aegean city of Balat/Miletos.

The book itself is a labour of love. It represents the commitment on the part of one family to the research, documentation and presentation of the mosque (and associated complex) of İlyas Bey, ruler of the Beylik of Menteşe, built at the very beginning of the 15th century.

The Kayhan family, with deep roots in this region, sponsored a landmark conservation project undertaken under the leadership of the architect Cengiz Kabaoğlu and his company Ka-Ba. The Kayhans’ belief in socially responsible projects and their family ties to the building led them to engage a firm with a reputation for the kind of careful, non-intrusive and technologically sound restoration that, alas, is too often lacking in Turkey these days. Their trust in Ka-Ba has resulted in the recent announcement of the signal honour of a prestigious 2012 Europa Nostra Conservation award for this project.

Visitors to the site of Miletos, lured by its Hellenistic and Roman ruins, will now be able to visit a marble and brick mosque that has been carefully cleaned, consolidated and stabilised (without being rebuilt) by this team of Turkish experts, and also to place it in the context of the excavated and conserved remains that surround it: baths, rows of cells that probably served as a medrese, and a graveyard. All sit on top of a rise in the middle of the archeological site overlooking the ruins of the city and the lush Menderes valley.

Those who are not so lucky as to live near this building will be able to “visit” it frequently thanks to this book. The second half, with its specialists’ reports, will attract the attention of those interested in how conservation, engineering, technology, site management, archeology and art history now go hand in hand to make for sound preservation. We learn about geomagnetic prospecting and injectable mortars derived from nanotechnology, changes in pious formulae on Ottoman gravestones, the excavation of a ceramic kiln, and the nitty-gritty of the water and heating systems of hamams. Even these technical reports, however, are larded with one of the most appealing features of the book, the lavish, high-quality colour photographs.

The first half of the book will appeal to anyone interested in learning about this wonderful building complex. The editors, both scholars in their own right, have assembled a team of top specialists. Essays place the İlyas Bey complex literally in its context, whether that be the physical fabric of the city of Balat or the historical context of southwestern Anatolia in the late-medieval period, and the Menteşeoğulları dynasty of which İlyas Bey was a ruler.

Most notable are articles by Professors Ayda Arel and M Baha Tanman. Arel brings her scholarly intelligence to bear on the rise of Turkish principalities along the Aegean coast beginning in the late 13th century. The historian Elisabeth Zachariadou, one of whose articles is reprinted here, has brought the full range of sources – Greek, Venetian, Genoese, Crusader, Turkish, Mamluk, etc – to bear on this period. Arel examines the repercussions of this cultural multiplicity in Menteşe architecture in general, and the İlyas Bey mosque in particular, investigating what she calls in her title “A Question of Belonging”. Tanman, in turn, dwells on what he calls the building’s “mysterious character”, mixing Seljuk, early-Ottoman and Mamluk architectural traditions.

Whatever you call it, no one can deny the beauty of the refined craftsmanship of the mosque, and we should be grateful to all concerned for their efforts to preserve and to study it, and to share their results in this sumptuous and exemplary publication. It whets the appetite for more studies on the fascinating architecture of this unjustly understudied period.