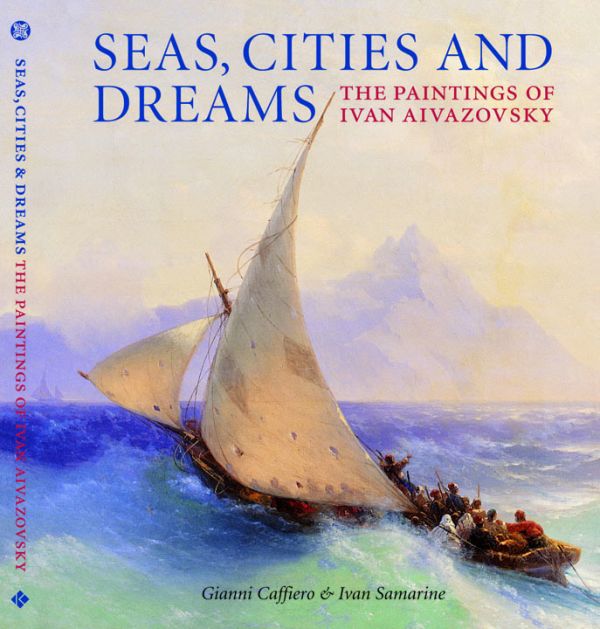 By Gianni Caffiero and Ivan Samarine
Published by Alexandria Press, London, with Lawrence King
Out of Print

The Russian artist Ivan Aivazovsky may have been derided by the avant-garde, but his dreamy seascapes and atmospheric panoramas won him patrons in high places. Ivan Samarine, co-author of this magnificently illustrated volume, rediscovers a 19th-century virtuoso

From an article published in Cornucopia 22

Few artists have been as convincing in the depiction of water as the Crimean-born painter Ivan Aivazovsky. His extraordinary talent, combined with his ox-like stamina and astute business sense, lifted him out of the provincial poverty of his birthplace to the centre of the European cultural stage. By the end of a lifetime that spanned almost the entire nineteenth century his patrons included four Russian emperors, two Ottoman sultans and the Pope. Derided by the intellectual avant-garde, he was adored by the new middle classes from Alexandria to St Petersburg.

Aivazovsky worked swiftly and ceaselessly, often painting entire pictures in a day. This was out of both habit and necessity: the thinly applied colour washes that are the trademark of his skies and the foundation for his calm seas had to be applied in one session if they were to appear seamless. By his own estimate he painted 6,000 pictures; this number has been increased several fold by an international industry of fakers. Inevitably, Aivazovsky’s work is uneven, and his detractors’ frequent accusation that he repeated himself is difficult to deny. His talent was that of a master craftsman, whose profound knowledge of his tools allowed him to conjure up dramatic images whenever he wished.

He nearly always worked in his studio in the Crimea, never painting from nature, and boasted that “A storm that I saw off the coast of Italy…I moved to some place in the Crimea or the Caucasus; with moonrays reflected in the waters of the Bosphorus, I light up Sebastapol.”

Aivazovsky’s technique served him best for seas and townscapes. When the two are combined, as in his panoramas of Istanbul (which he visited frequently, and where he was befriended by Sultan Abdülaziz, whom he taught to paint), his art is unsurpassed.